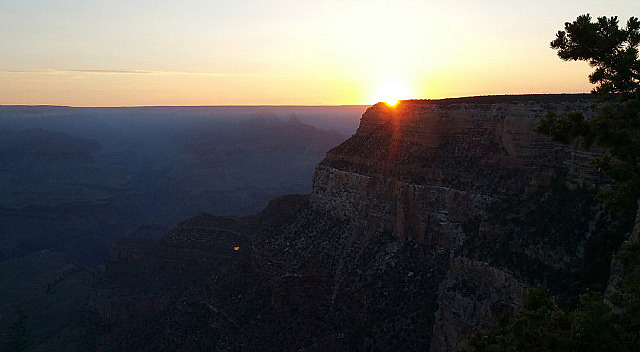 As you might know, I passed out at the end of Day 3 (when we arrived at the Grand Canyon.) We pulled in at about 9:30-ish and by the time, the pilot (me) was tired and I needed some sleep.  I’ve been doing most (all) of the driving the past few days, which although fun, is extremely exhausting and I usually have less energy than Jamie does at the end of the day, thus I pass out more.

I recently just figured out how to do panoramic photos on my phone, so I will try to upload some of those, which will be a neat difference from Jamie’s photos.  I hope you enjoy them, and yes, I go nuts and take a lot of them.  I get slightly better over time, but you’ll still notice some oddities like the clouds and any objects I’m standing near appears warped at the edges.  However, the long shots they provide more than make up for any minor defects.

So the drive to the Grand Canyon was highly amusing in that it failed to follow any sort of schedule. Petrified Forest took longer than expected and then my GPS was reporting an hour long traffic jam at Flagstaff.  So we decide to stop at Denny’s to kill some time.
It was a truck-stop Denny’s in the middle of nowhere, so you should be able to imagine the locals there. Let’s just say they had three TVs blasting Fox News (Bill-o the Clown) at full volume.  I was in the mood to have a little fun; and if you didn’t know already, your phone is a fully functional IR transmitter.  That means with the right programs and a little bit of patience you can turn it into a remote for any TV, projector, fan, stereo, and so on.  About 5 minutes into our meal, I finally get the right set of IR codes for their TVs. First order of business: turning down Bill-o so I don’t have to hear his annoying voice and opinion about how flying the Rebel flag is a symbol of courage and heritage.  Then I decide to up the stakes: I switch the TVs off the cable box input and into VGA (because really who is going to have it hooked up a computer).  So the TVs all read “no input signal”.  Somebody mentions “the TVs ain’t workin’ again” and I have about a good 10 minutes of Fox News free bliss.

They eventually figure out to put it back on the right input.  Still more of the Spin Zone, so I mute the talking heads a couple of times.  About this time I hear “I think somebody hur is messin’ wit the TV” (except with far more R-rated language).  I look around the room and see that I’m the only nerdy looking guy who doesn’t look like a Fox News fan.  It wouldn’t take them long to figure out who is the most likely culprit for messing with their TV via a phone. That was my cue to lay low for a bit, because I’d rather NOT have my butt kicked by a bunch of angry country boys. We eventually left without any further incident, but I turned off the TV on the way out.  Fun times, and they should pick something less offensive to put on the public TV in the future! (To be fair any cable news show shouldn’t be on a public TV, because nobody cares to hear talking heads of any bias.)

The Denny’s detour does help the traffic jam for a bit, but it still was a waste of 30 minutes.

We get to Grand Canyon when it’s dark out, which was just a minor inconvenience.  The hotel was pretty awesome and right next to the South Rim, so that made up for it.  I woke up at 5 AM to take some pictures of the sunrise, which was incredible serene and peaceful (unlike Denny’s!).

We got to Las Vegas without any major difficulties, and you can see my pictures of how different the roads look through Arizona.  It’s just a LONG drive on I-40 and Highway 93.  The real MVP here was the sun screen that we reapplied at every gas stop, as the sun was doing its best to cook us alive in the car.

On the trip I did see something that I thought I saw the last of in South Carolina—a truck with a big rebel flag mounted in the bed.  Didn’t think I’d see that out in Arizona, but hey, after that Denny’s crowd I shouldn’t be surprised.  I took a picture for the blog, shook my head, and carried on.

And that about wraps it up. We’re here in the MGM, and I’m feeling a bit out of place in  Vegas.  Although the YETI is pulling heavy duty work here, as my ice-cold HEB-brand soda is about $0.25 a can, and the Coca-Cola in the hotel room fridge is about $8.00 a can.  I can’t help feel a tiny bit patronized here, but whatever: it’s Vegas, land of price gouging.

Some packing advice of usefulness: Bring a long-cable surge protector/power strip for hotel rooms and a power inverter (I use a 200W) for your car.  Both have been invaluable so far with providing power to our devices.

Enjoy the pictures and my mischief! 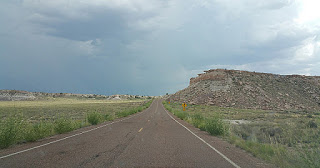 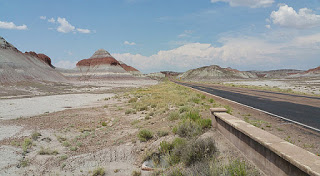 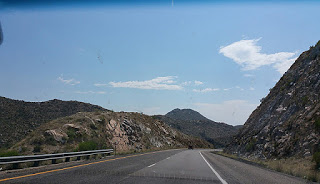 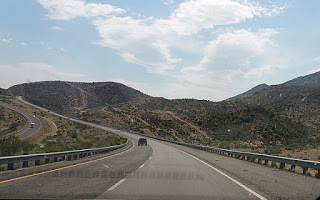 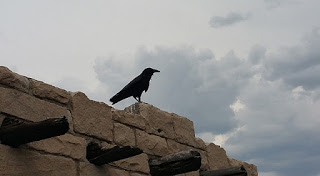 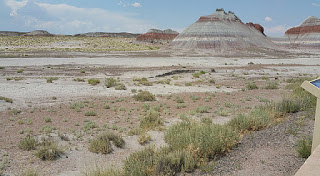 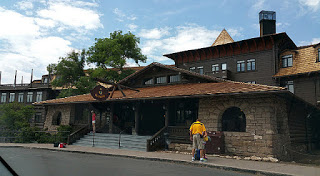 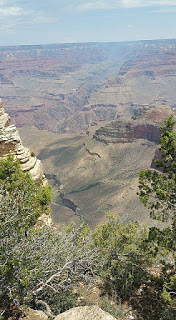 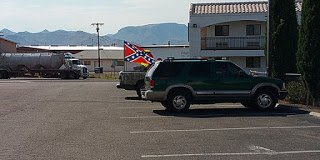 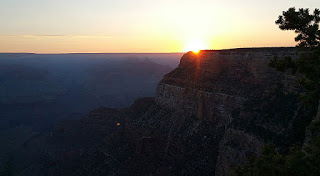 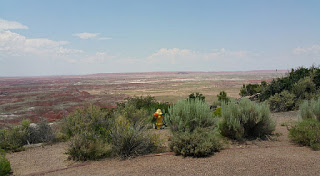