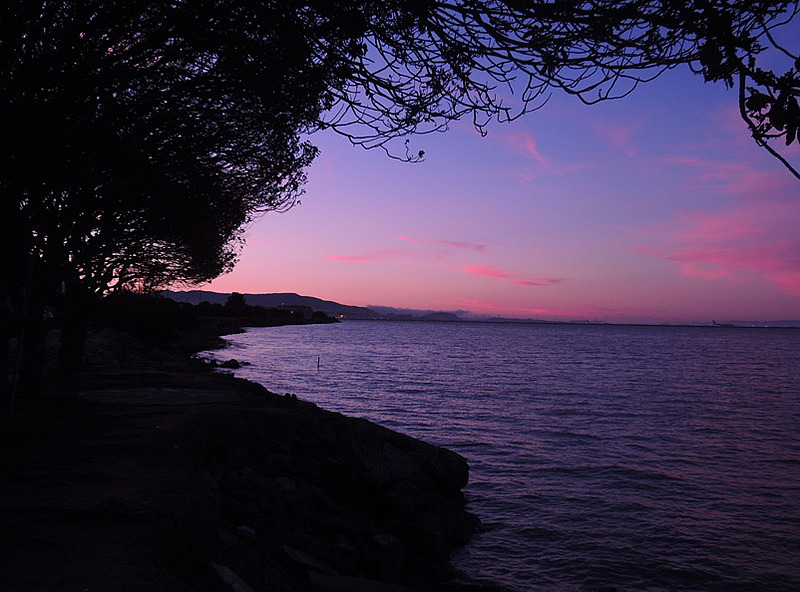 After Disneyland, we drove about 4.5 hours, well more like 6ish hours with all of our stops and California traffic to San Francisco for the night, just as a stopping point before heading to Yosemite National Park.

This will probably be a bit on the shorter side because we didn’t do much or spend much time in San Francisco.

We stayed at a Holiday Inn Express that had a beautiful pool that went all the way up to 8 feet deep, but since we hit so much freaking California traffic, we arrived to late to take advantage of it.

We pulled up to our hotel just in time to see a beautiful sunset over the San Francisco Bay, and then we went to the room, ate our burgers, and eventually went to bed since we needed to get an early start to Yosemite, which is about 4.5 hours away, and we had social plans. 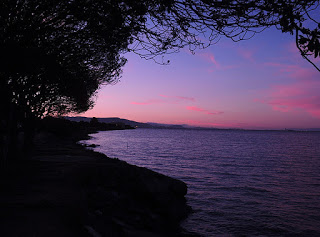 Then we woke up the next morning, grabbed some of the continental breakfast at the hotel, grabbed some coffee, packed our car, and headed to a coffee shop by the San Francisco Zoo to meet my friend Anna.

Justin basically threw me out of the car because, as usual, we were running late. Packing the car never seems to take as quick as we think it will take. I had a soy chair, and Justin has a soy white mocha, and then we sat down with Anna, in the coffee shop, for a little while, and just chatted about our vacations [she was leaving for France the next day] and our lives for a little while. It wasn’t a very long visit, she had to go to work, but we both really appreciated her taking the time our of her life to visit us even though we were about twenty or so minutes late 😡

Anna was a member of the San Francisco Zoo, so she had some free passes for us, so she walked us to the zoo, and got us into the zoo, and then we wandered around the zoo for awhile. 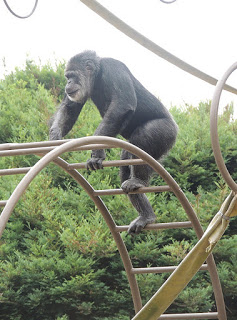 We only had a few hours to spare at the zoo because as I said, Yosemite was far away. But we walked around a bit, we saw the insect house, which Justin especially enjoyed since there were bees and cockroaches. Then from there we saw koalas, penguins, rhinos, hippos, tigers, lions, and monkeys. Then unfortunately we had to be on our way. The zoo was beautiful though, it was way nicer than the Houston Zoo, and had tons of playgrounds, a train, and carousel, as well as wider range of animals, probably because the San Francisco climate is much nicer than the Houston one.

On the way from the zoo, we stopped by a random beach just so we could claim we touched the Pacific Ocean, for the record, it was FREEZING COLD, and then we were off. 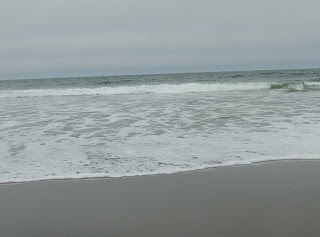 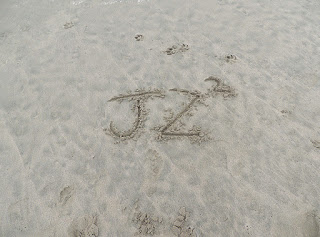 We went on a wild goose chase to find a Starbucks “You Are Here” San Francisco, which involved calling about three Starbucks’ until we found one, and then taking about a thirty minute detour to find aforementioned mug, but we eventually found it.

Then it was on the road to Yosemite, a 4.5 hour drive through dead yellow fields of grass [which Justin joked is how California got the nickname “The Golden State”] with Satellite Radio alternating between Lithium, Octane, and Ozzy’s boneyard until we arrived at our third national park…

In conclusion… San Francisco was okay, I did like the cooler temperatures due to the Pacific Ocean… but definitely would not want to relocate there due to horrible traffic, confusing roads, and too many hipsters. 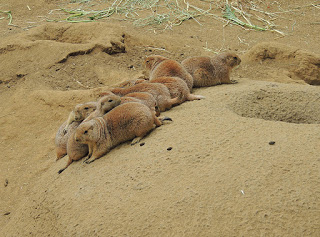 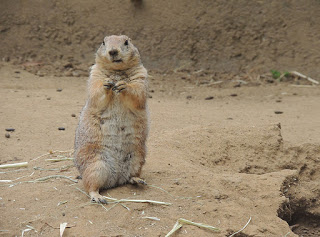 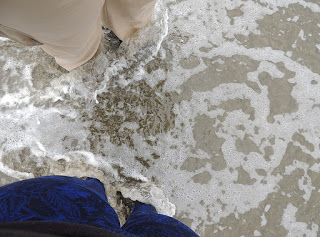 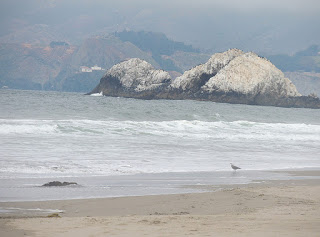 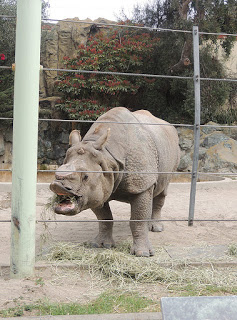 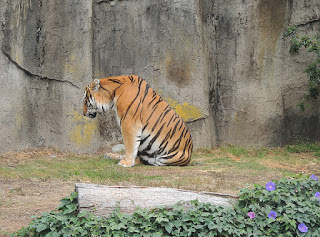 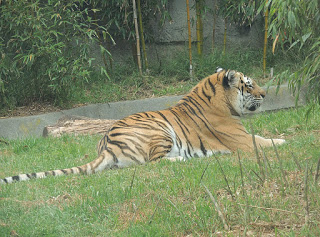 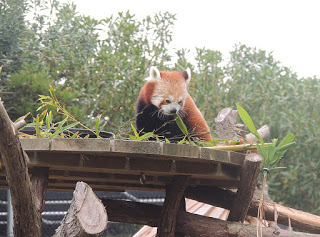 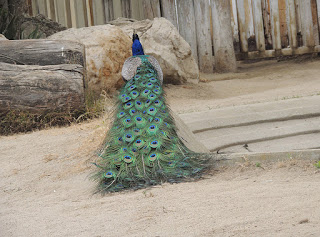 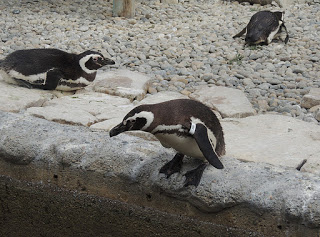 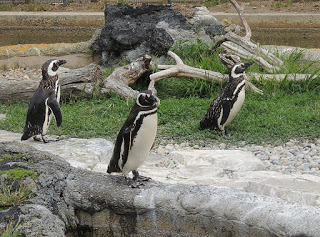 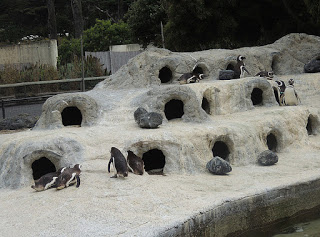 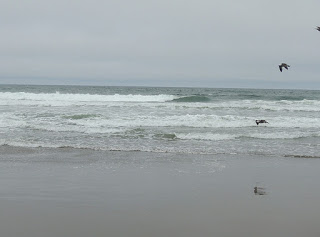 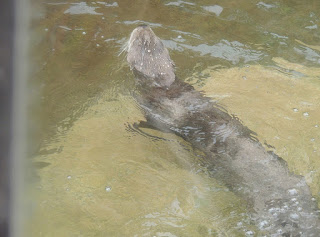 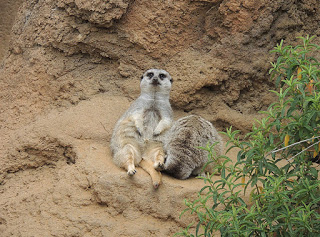 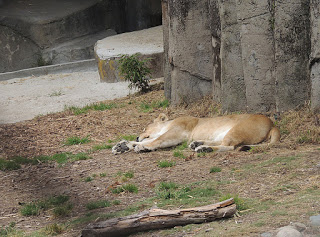 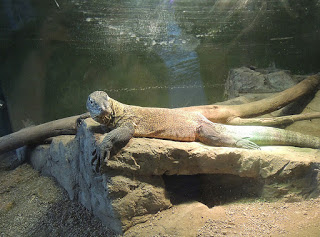 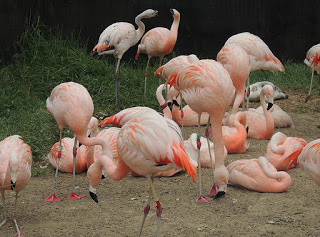 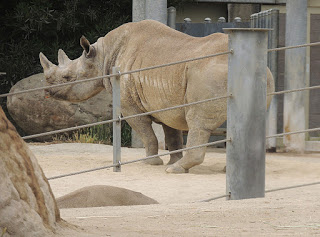 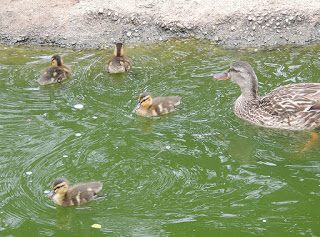