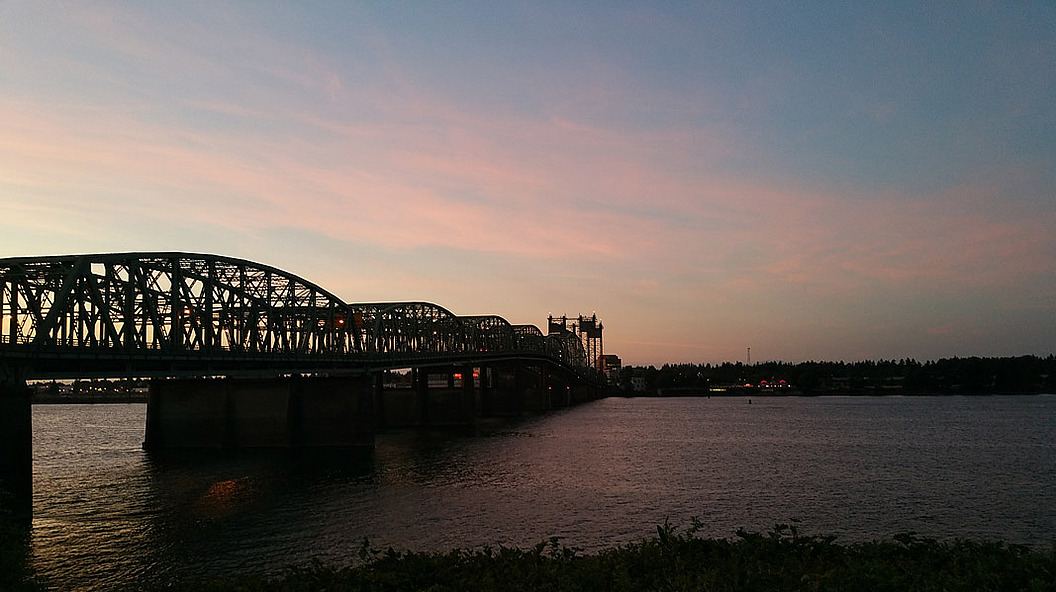 Leaving Klamath Falls was a largely uneventful drive.  Lots of the wonderful one-lane highway driving that I enjoy so much.  I did notice that Klamath Falls had a surprising amount of rednecks, as the graffiti in the bathroom revealed their love of homogeneity.

Our only major slowdown was in the drive through Deschutes National Forest, where route 68 was having construction and went down to one lane (for both ways).  Of course we didn’t know about it going in, so it was a surprise when we stopped on the road for 30 minutes waiting for the flagger guy to let us go.

It’s also worth noting that Oregon has A LOT of trees.  Trees as far as the eye can see.  Certainly a sight that we don’t see in Texas.  Plus, I can dream of the day when they massively deforest everything and make room for parking lots, malls, and golf courses.

We reached Portland at about 6pm, but traffic was so bad we didn’t get to our hotel until 7pm.  Our hotel was on Hayden island, which is in the river between Portland and Washington.  It is basically a floating mall and hotel, the ideal consumerism trap.

The hotel there did manage to lose our reservations, so we didn’t get to our room until about 8:30pm.  After a day of driving and dealing with the hotel we were beat so we called it a night without checking out the huge pool.

We woke up and started our drive to Seattle.  It was a very short jump from Portland to Seattle, only about 2.5 hours.

Washington also has an incredible amount of trees and bridges, two things that are unknown to Texas.  It was a refreshing bit of scenery to drive through.  Like Portland, it has equally bad Seattle traffic.

We stayed in a hotel in the town of SeaTac (yes, it has a capital T), which is a not-so-clever amalgamation of the towns Seattle and Tacoma.  Can you guess where SeaTac is located?

I managed to convince Jamie to go into Seattle and head to Pike Place Market which has, you guessed it, the first ever Starbucks.  We did the tourist thing there and took dorky pictures.

We tried to go to the Space Needle, but the “line” was about an hour and a half, and it was already about 8pm, so we had to save it for a return trip.  The Space Needle has an interesting “line” system, in that you get a ticket for a certain time (usually about an hour or so from now) and you wander around Pike Place while you wait.  Would have been helpful to know that BEFORE we went to go see the Starbucks.

With that wrapped up, we called it a night in the SeaTac.  So far no rain, but it is nice and cool in the Seattle area. 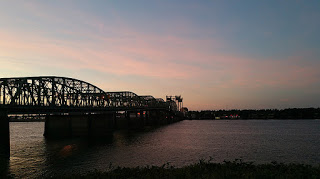 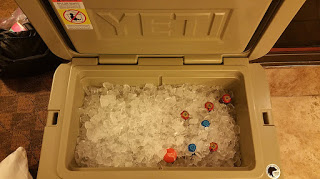 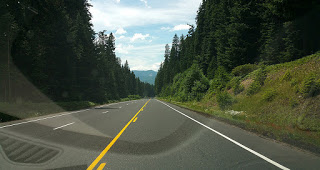 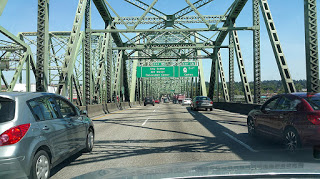 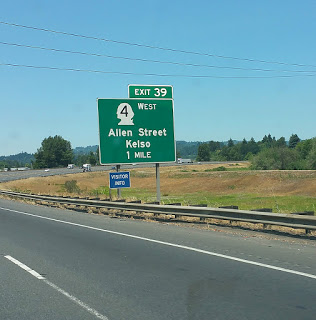 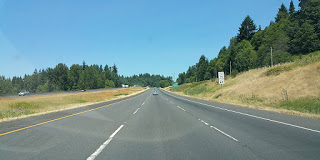 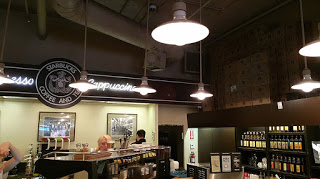 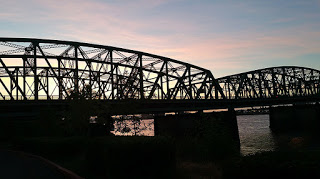 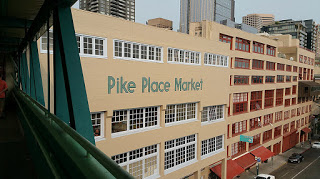 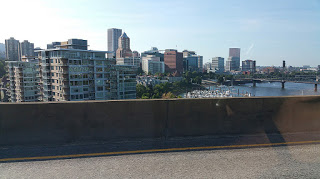 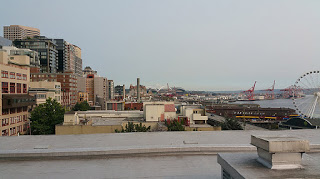 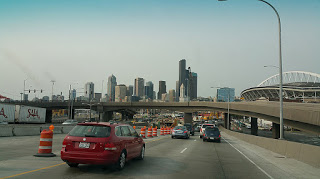 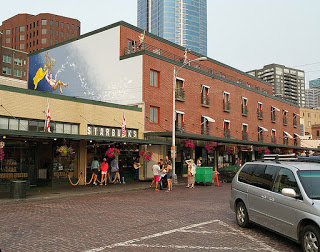 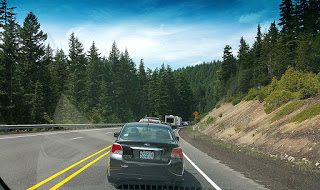 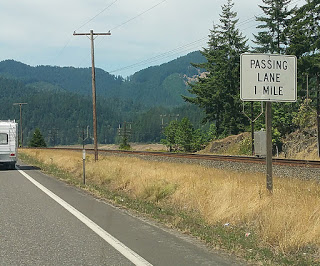 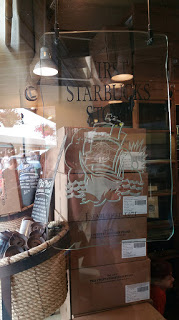 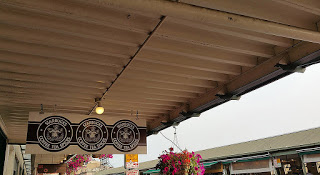