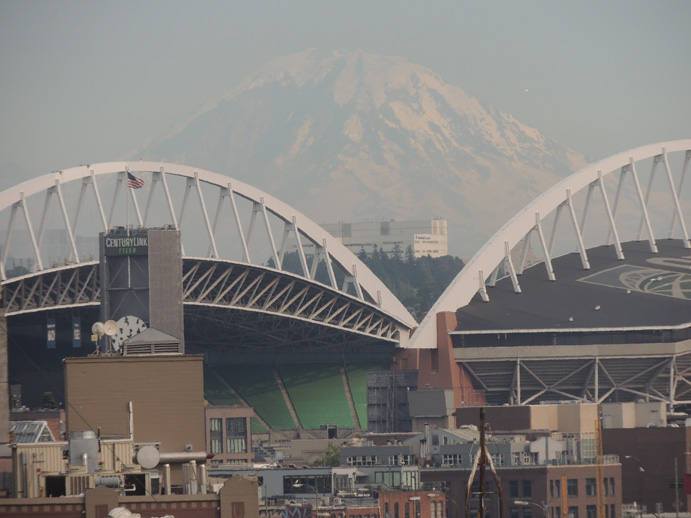 First of all, 24 hours in Seattle IS NOT ENOUGH, Justin and I are already planning a trip in 4 or so years, that will include at least three days in Seattle, plus time to go to Mt. Rainer National Park, North Cascades National Park, and spend more time in Olympic National Park.

We love Washington, and we love Seattle. It is my favorite state/city on our trip thus far, and no that isn’t because Nirvana, Alice in Chains, and Stone Temple Pilots are from around there, and it’s the home of grunge. We just loved it.

The weather is amazing. They were going through a bit of a heat-stroke, while we were there, but IT’S NOTHING compared to Houston humidity, and the nights are nice and cool.

One cool thing about Seattle is you can see Mt. Rainer from every single angle, and then some of the city.

Mt. Rainer is the highest mountain of the North Cascades mountain range, and also a member of the ring of fire, which is basically all the volcanoes in the Pacific Ocean. It is considered to be one of the MOST dangerous volcanoes in the world, and if it decided to erupt, bye bye Seattle, bye bye Tacoma, and probably a bunch of other places too. 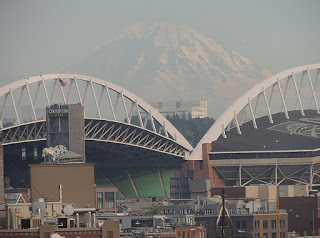 We checked into our hotel, and went to Pike Place Market because it’s where the first ever Starbucks is, and this mug addict needed her “you are here” mug. Unfortunately, since it was pretty late in the afternoon, the market was basically closed up for the day, so we didn’t get to see the market in all it’s glory with the flying fish and such, but Starbucks was still open.

The store is tiny. It is NOTHING like a “modern” Starbucks is. It is about the size of a dorm room, the floor is wooden, and the menus are written in chalk. There is no place to sit. It’s hard to believe a place like that has become the place it is today.

I got my Pike Place mug [and a few others, as souvenirs] and ordered a frapachino because when in Rome… do like the Romans do… though it’s not Rome, it’s Seattle, but still.

After Starbucks, we decided to check out the Space Needle. So we drove to the Space Needle, and asked how long the wait is to go to the top. It was about an hour, so we were sort of like screw it, and went back to the hotel.

We’ll hit the Space Needle, when we come back in a few years. I mean it’s not like it’s going anywhere… Unless I suppose Mt. Rainer erupts in the next five or so years.

We got back to the hotel, and decided to order pizza. I had a yummy artichoke, onion, spinach, and feta cheese pizza, which Justin declared unorthodox because it had vegetables on it, and Justin had some meat creation that probably had bacon on it. The pizzas were delicious, and huge, those leftovers lasted us for days.

Then we worked on uploading pictures, updating the blogs, etc, and then it was off to bed because traveling all over the west coast takes A LOT out of you. Plus I’m still dealing with that evil cold I caught in Oregon. I’m much better than I was except for a drippy and congested nose, ear pain, and a cough that doesn’t seem to want to go away, but that’s way better than it was the day before.

Then it was up up up the next morning, and off to Olympic National Park, which is our 5th National Park of this trip. 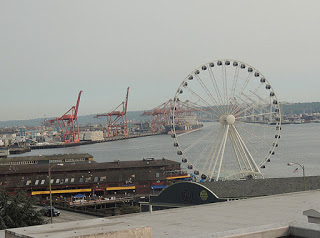 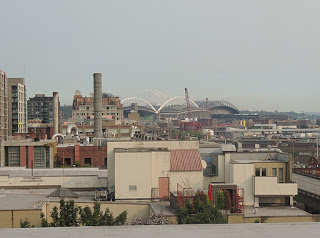