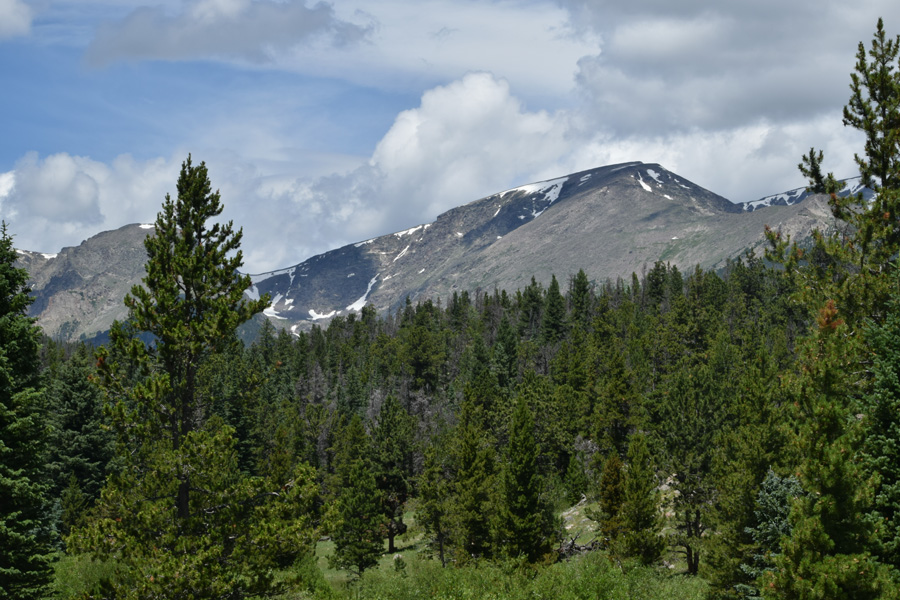 It was so nice to get out of Wyoming, and into another state… because Wyoming is full of nothingness. And after so long, so much nothingness sort of makes you go insane.From Laramie, Wyoming, we went straight to Rocky Mountain National Park. 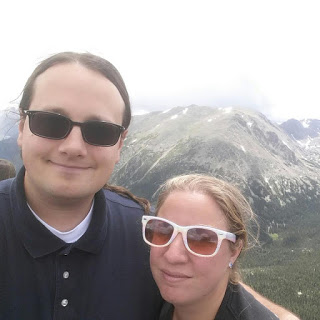 Rocky Mountain National Park came to be in 1915, which made out visit, its centennial, which we didn’t know about, but was still pretty cool, and we got special centennial stamps in our National Passports. 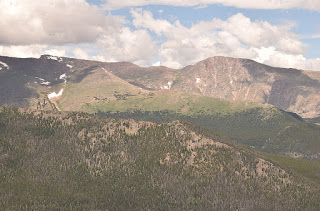 The views were beautiful, although the drive is frightening. I mean, you’re on a tiny two lane road with absolutely no guard rails, the weather can change from sun to rain to hail, in about a split second, and the road is curvy, not straight, and wind is strong, and blowing at your car. One wrong move, or a split second, when you don’t pay attention, and you can plummet to your death. 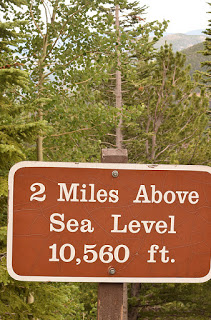 First we stopped at Rainbow Curve, which is at an altitude of 10,829 feet. The view was amazing. You could see so much from up there, alongside with a family of very cute chipmunks and some very friendly birds. 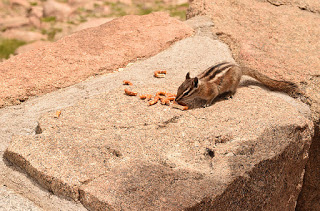 Following that, we went to Forest Canyon, Forest Canyon was carved by glaciers. It’s also the start of a tundra, specifically an Alpine tundra. An Alpine tundra is an area of high altitude that doesn’t have tree growth due to low temperatures. The view was incredible. The temperatures also started to drop because of how high we were driving/going. It was probably between 40 and 50 degrees, when we reached Forest Canyon.

We stopped by Rock Cut, but unfortunately because we had limited time, we had to be in Denver by 5:30 pm, for a dinner date, we didn’t get to hike up the trail.

I saw families of elks sunning themselves. I saw snow. Though, being from NJ, the snow wasn’t that impressive to me, but you saw people lining up to take pictures of themselves in a small snowbank.

Rocky Mountains were absolutely amazing, as with all the national parks we visit, I wish we had had more time to explore it, and that we could’ve gone further on Trail Ridge Road. 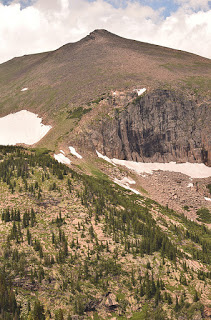 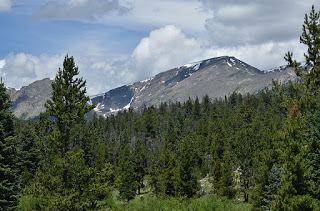 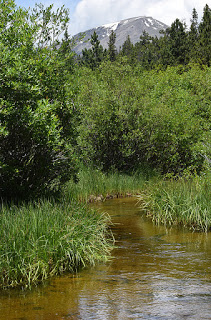 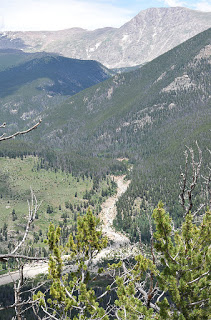 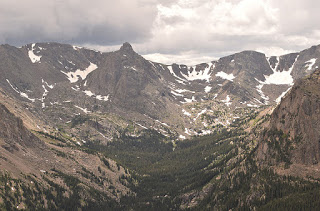 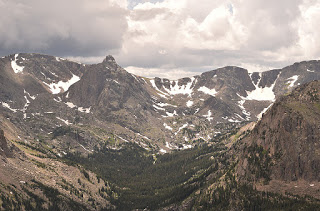 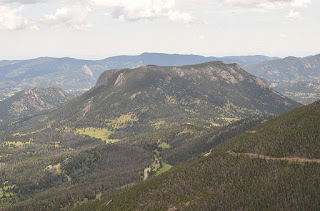 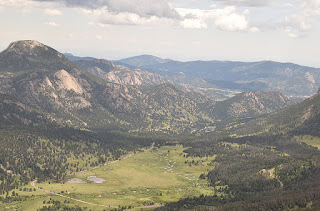 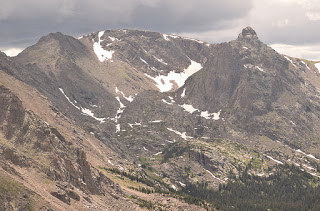 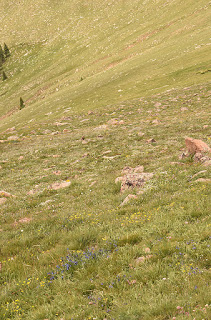 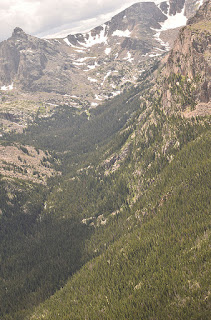 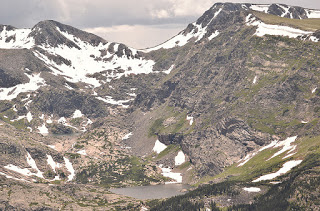 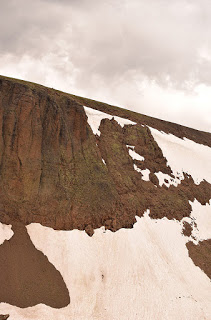 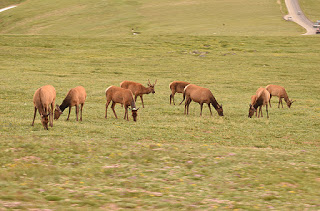 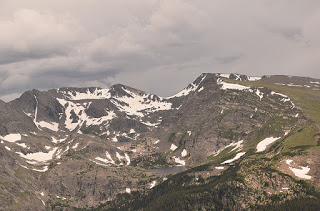 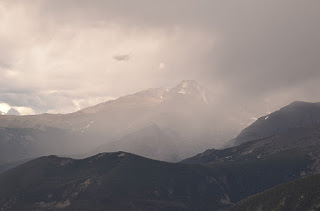 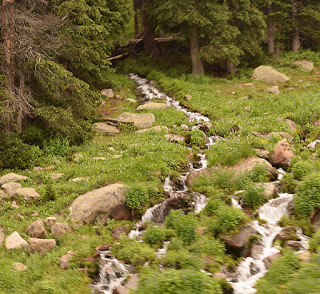 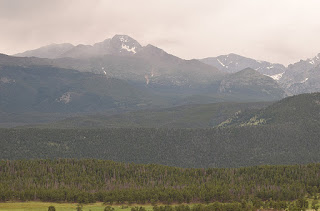 It’s okay though, we just need to go back 😉

Then we drove to Denver from the Rocky Mountains. Colorado is gorgeous. You can see the mountains from everywhere, and there’s green grass and flowers everywhere.

In Denver, we met with two of my friends, Patricia and Emma, at a Wings restaurant. Emma lives in Colorado, and Patricia just happened to be visiting Colorado, at the same time that Justin and I were driving through, for a work conference, so I’m very glad we got to find a way to pull this dinner off. 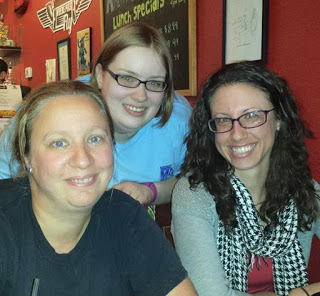 Dinner was fun. There was lots of fun and dorky and nerdy conversation. We were watching American Ninja Warrior, and now we’ll forever have inside jokes, about people who dumpster dive for yogurt.

We were all tired in our own way… Even now, I’m not sure what time zone I’m in because we’ve driven through so many, and I had a tad of elevation sickness. But we still had a great time and it was so nice to see them and that they took the time to hang with us.

I also got my Colorado Starbucks while we were there.

Then we drove to the KOA, where we spent the night. We rented a cute little cabin with a full-size bed and bunk beds, no bathrooms, and it was nice to have a bed to sleep on, and not have to set up our tent in the dark, and we both had a good night’s sleep before it was back to Armarillo, as the trip comes full-circle.