Skip to content
Saturday, July 18, 2015
And it’s back in Houston.We spent the last night of our road trip adventure with Justin’s brother and sister-in-law, and their two children, who are Justin’s niece and nephew, and mine too, obviously.

The younger child, the nephew, is 8 months old, and we hadn’t seen him since he was born just because as teachers and with the wedding being in March, we haven’t had any time to dart out to Dallas between flights to NJ for cake tastings and dress fittings, etc.

Justin’s niece turned 3, and we had a fun night building blocks with has as she ordered us around.

We had dinner with them, yummy beef/chicken enchiladas, and a delicious chocolate icebox cake [at least that’s what we call them where I’m from] and then some good conversation was had about vacations, as well as some funny anecdotes from our wedding. Every time we hear more stories about the wedding, the greater our wedding becomes because of all the stuff we didn’t know about.

Then we left early the next morning, but not before picking up some more mugs.

Which brings the total of mugs I’ve gotten up to 15.

We got home, it’s a pretty short ride from Dallas to Houston, so we got home at a decent time.

The cats were thrilled to see us. They were kind of a mixture between happy to see us and pissed off that we left them alone for a month, but otherwise, for the most part, they’re in good form.

It seems that our crazy ginger cat, Ajani, managed to knock our sharp knives on the floor, and has a slight cut on his leg, which we’re pretty sure came from that, but he seems fine, and it doesn’t seem to bother him.

The other two appear relatively unscathed.

We weren’t very happy to deal with the Houston humidity, especially since it appears we’re going through an awful heat wave, and apparently our AC decided to die while we were gone and our apartment temperature is a lovely 80 degrees.. but they should be fixing that today since AC issues are considered emergencies in Texas.

It took us about two hours to fully unload our car… um who knew you wound up packing so much and buying so much in the time span of a month?

Then we drove to give back our rental car… It seems very strange to be in a regular car when you’ve been riding in an SUV for about a month.

Then we stopped by Justin’s mom’s house to give her her souvenirs and to get back Justin’s car and to tell her a little about our trip, then it was back home for a date night, where we ate Freebirds [another awesome Texas staple] and watched the movie Saved! with our cats.

Then Justin had to go and pack again because he’s off to Dallas for another week, for school trainings… the life and times of a teacher 🙂

But it’s good to be home.

In the span of a month…

Not
to say every National Park wasn’t spectacular in its own way. I highly
recommend every single one of them. That was just my list in preference
for how much I enjoyed each park.

Thank you for being a part of our first journey 🙂 I’m sure they’ll be a lot more in the not so distant future. 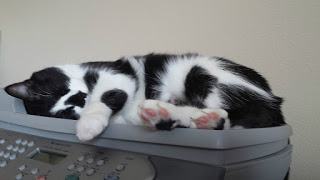 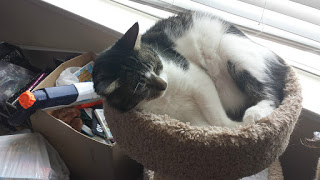 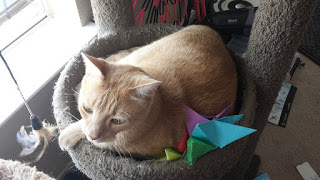