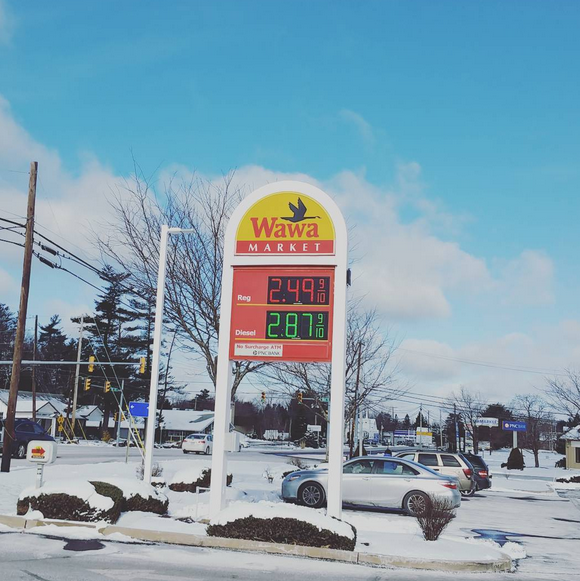 Day One of our road trip has concluded.

We drove about 9 hours today, well Justin drove, and I played DJ. 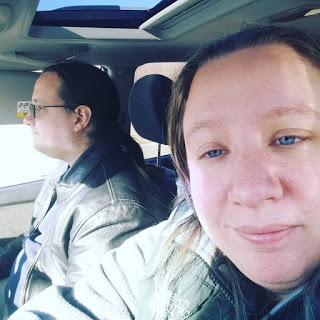 The first part of our trip was the only part I was really familiar with. We drove up Route 80 sort of near Scranton and Wilkes-Barre and that’s where Bethany used to live, so it was vaguely familiar to me, but as soon as we passed that, nothing really looking familiar,and everything looked the same…. Snow capped mountains, foot hills, and never-ending roads. 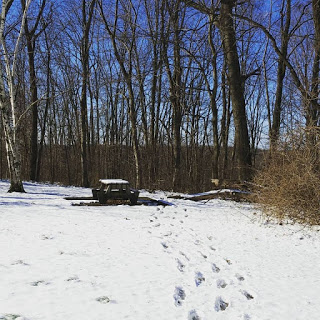 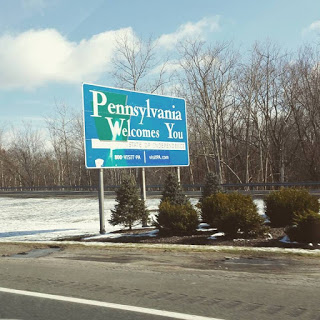 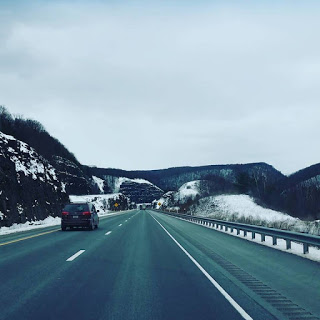 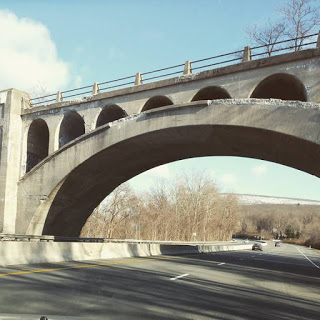 However, I did find a Wawa, so my life is semi-complete, for now. How I wish Wawa would relocate to Texas, but then they’d have to complete with Bucc-ees, and I feel like Texans would probably be loyal to the beaver since it’s what they grew up with, but Wawa > Bucc-ees. It’s not Like Bucc-ees is bad. I mean it’s great for weird and random stuff like snacks, and kitschy souvenirs, but I feel like when it comes to food selections, Wawa pwns Bucc-ees because they have more of a selection and more personalization when it comes to things you can order, and they also have fancy coffee drinks.

I was taking a photo of the Wawa sign and some random guy talked to us as the gas pump and asked me if I was taking a picture of the scenery, and I explained to him I was a transplant in Texas and missed Wawa because Texas has nothing like it. 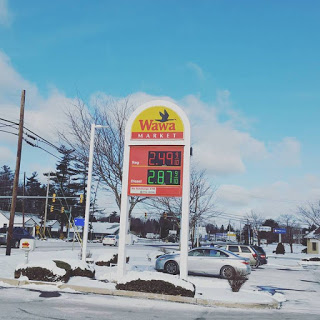 It was also like thirteen degrees at Wawa and in Northeastern, PA. Actually I don’t think it got above 25 degrees the entire day, even when we crossed into Ohio.

Oh and my Wawa chicken sandwich and cookies and cream macchiato were amazing.

The drive through NePA consisted of snow squalls, snow flurries,and more snow. The snow wasn’t awful or blinding and lasted from five minutes to maybe twenty minutes at the most. It was Justin’s first time really dealing with snow, as an adult, and he thinks he likes Texas better than the east coast because it’s warmer and there’s no snow.

It was weird, there was snow in NePA, but basically once we crossed into Ohio, there was really no snow.

However, there’s no way to avoid snow tomorrow, we’re en route to Chicago, and they’re expecting 4-8 inches, which is nerve-wracking, I’m not a very good driver [at least I admit it] and any sort of precipitation sort of makes me freak out, panic attack, and have great anxiety [which is why I am a bad inclement weather driver]. On the bright side, the car we’ve inherited either has four-wheel or all-wheel drive, which are both beneficial for scary road conditions.  And statistically speaking [yes I looked it up], more accidents occur during rainy conditions, and I can’t think of a place that gets worse rain than Houston, I think I’ve feared for my life far more during Houston flash-flooding and downpours than I ever have driving or being driven through snow, so we should be okay… and we’re driving main highways, not scary back roads,and it’s not like this snowstorm will be a surprise, so I’m sure they’ll have plows ready and will be salting/have salted the roads. We’ll survive, we’ll just have to take it very slowly.

At least the snow will be gone and have moved onto NJ/NY by Wednesday [our second anniversary!] when we’re en route to Wisconsin Dells.

We stopped at a rest stop on Ohio and I got my Ohio Starbucks mug for my collection,along with a magnet [Justin and I have begun collecting magnets for every place we venture to] and some postcards to send to friends. I also tried their new cinnamon macchiato and it was actually pretty tasty. 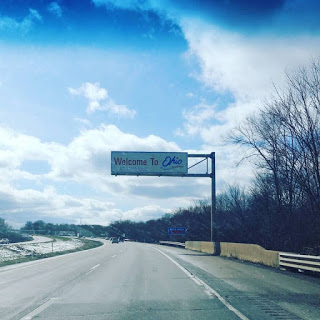 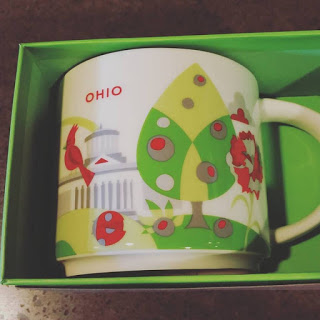 Anyhow, we drove to Bowling Green, Ohio today, and we’re staying in a hotel that’s right across from Bowling Green University… I swear I used to know somebody who went to Bowling Green University, it looks like a relatively nice school, however, when we were in Wendy’s surrounded by college students and waiting for our dinner, I realized how old I am, when I realized how young-looking and young-sounding and melodramatic college students [especially college girls] are. Made props to Justin for teaching high school since he deals similar things every day, and I’m really happy I teach very little ones.

We had dinner, and then spent some time soaking in the hot tub at the hotel, which was nice and relaxing after like nine hours in a car. Now, we’re just watching the travel channel and relaxing. There’s no real rush to get to the Chicago area tomorrow because it’s gonna snow no matter what we time we get there, and we’re only like three or so hours from Chicago, so even if we leave by 11:30, we’ll be there by like 4:30 estimating all my stops in. 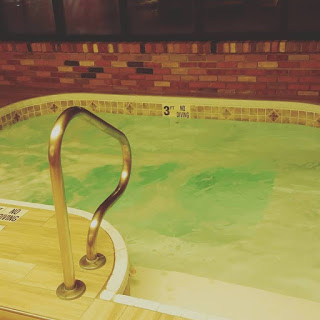 In Chicago, we really want to try real Chicago deep dish pizza… I don’t think we’ll do much sight-seeing or anything, especially with the blizzard-like conditions that are expected tomorrow. Before going to Wisconsin Dells, I’d like to check out the Chicago Field Museum, and selfie with Sue [Dresden Files fans will get that], and the Dells are only 2.5 hours from where we’re planning on staying in the Chicago area.

I guess that’s been Day One. It wasn’t a bad day, we had energy and energy is always good, it was mostly driving, the next two days should be a bit more exciting 🙂