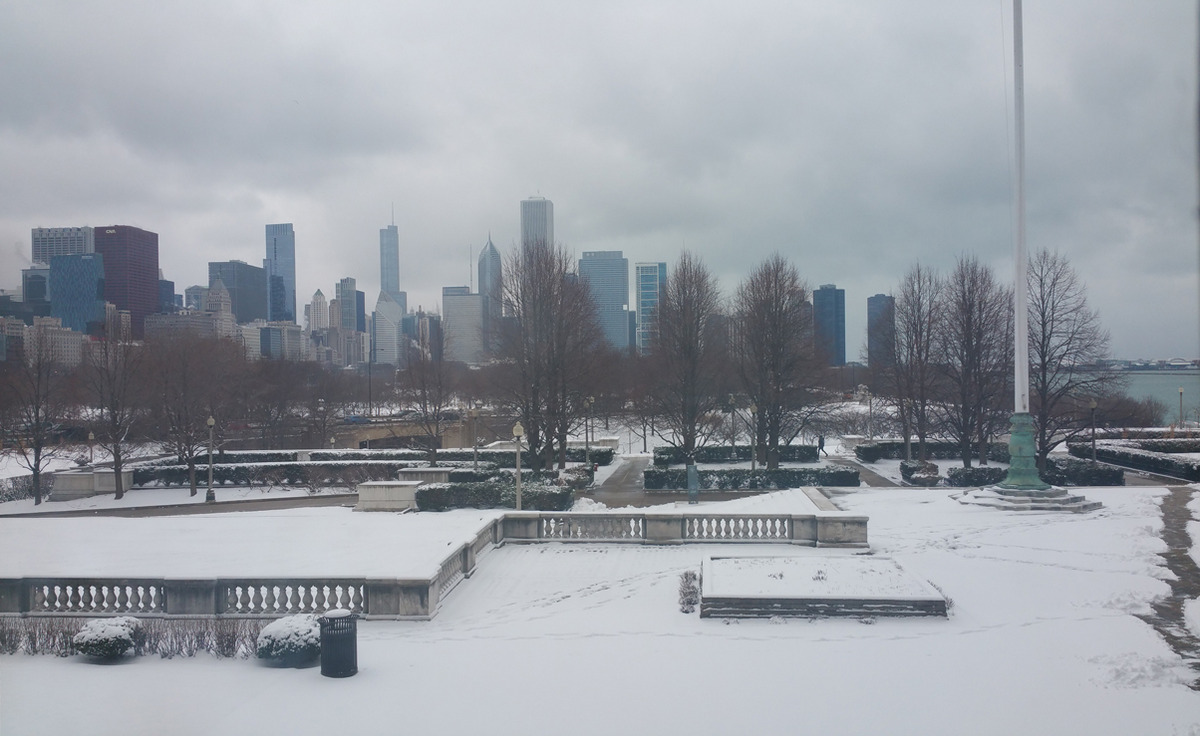 Welcome back for the Day 2 Update from Justin! It was a shorter day of driving, with only about 4 – 4.5 hours of road time.  We left from Bowling Green, OH and headed north to I-80/I-90, then went West through Indiana, dipped up into Sturgis, Michigan, and reached Chicago, Illinois.  We did pass through the western part of the soon-to-be Stella storm, which was a light dusting of snow.

I was initially worried about the amount of snow I’d be driving through, but it turned out that salted roads work out pretty well.   We drove past a good amount of salt trucks on the highway, which left me only mildly concerned about the melted, watery snow refreezing into ice.  None of those fears were ever realized, as there was no ice and a very little amount of snow.  Was easy, if a bit boring (lots of fields with half-coverings of snow) drive.  As Jamie pointed out, I had a really tame snow-experience.

I did have an amusing conversation with one of the ladies who worked at one of the coffee places we stopped at—she said that she wanted to move to Texas because she’s been dealing with snow all her life and wants to move somewhere warmer.  I mentioned that we were from Texas, told her how cold my Texas-mutated blood found it, but ultimately agreed that being 90+ F for 80% of the year wasn’t too bad (honestly, as gross as sweating your brains out in 100F weather is, it’s not as painful as wild blasted 15F).  Ironically though, she wanted to move to Dallas, which of all the big Texas cities, is going to see the most ice (and like 1 inch of snow).

Although I grew up with snow, I don’t really miss it too much.  I think ultimately from a philosophical standpoint, I’d rather have my daytimes being filled with the hostile weather than my nights.  This trip is a good example: if it’s crazy hot and dark and I have to pack a car, I don’t mind going out and sweating it do it.  But if it’s wind-chill at 0F, and I have to go out in the dark to pack a car, I’m not going to want to do it.  Plus if I wanted to go outside at midnight, I’d rather it be weather I can wear shorts in, rather than spend 10 minutes bundling up for.  With that being said, I can still understand that a certain mythology exists with snow and howling winds—it makes you enjoy things like a night by a fireplace with a hot drink, welcoming chilled visitors into your fortress of warmth, howling winds that bring images of a wild night haunted by specters with your home as an island from the savagery of nature, and so on.  I don’t believe I have felt similar emotions regarding “it’s crazy hot outside vs I love the sanctity of indoors.”

Anyway, the worst part of the drive were the areas of construction on I-80 that went down to one lane with speed limits of 45 MPH.  Lots of slow-downs, but it was largely uneventful.  However, since everything was so same-y, the drive did feel much longer than 4 hours.

10 Minutes of Michigan
I-80 runs really close to Michigan, so I figured we could make a quick detour up there.  Since Michigan doesn’t have a lot of National Parks, I didn’t know when we’d visit it again, so it was now or never.  So when I-80 came close to the border, we went north to Sturgis, MI, went to Walmart, got gas, and then promptly turned around.  The state motto (or at least what is on the license plates and welcome sign) was “pure” Michigan, so: something something Flint drinking water.

Chicago: Land of the Left-on-Red

So apparently in Chicago, left turn on red is a thing, as is hanging out in the middle of the lane to left turn after everything turns red.  Either of those two stunts would get you dead on a Texas road in a fraction of a second (as Jamie almost learned her first month in Texas).  If you can survive the insanity of the turning in the city, it’s not too bad.  It has a very distinct Rust Belt feel to the city, especially under a gray sky and with the light dusting of snow.

We stopped for some local Chicago pizza for dinner.  Chicago deep dish is not a generic “thick crust” style pizza, but rather a “deeper” (hence the name) pizza that holds more cheese and sauce, is cooked longer, but still has a relatively thin crust.  The cheese is also under the tomato sauce, which was unusual at first, but works out pretty well (there isn’t as much “oh no the cheese slid off” problems).  Loved the pizza though, so I was happy we went.

Fake News and Fake Bones: Learning? Who needs that!

At Jamie’s request, we had stopped at the Chicago Field Museum.  And much like my efforts in Bowling Green, I felt that this “house of education” was in direct conflict with my Texas Science education and must be “investigated.”  The most shocking omission about Sue the Tyrannosaurus Rex was that she wasn’t real: I couldn’t find any mention that the dinosaur bones were actually Fake News planted by the Newspap… er, I mean fake bones planted by Satan.  Continuing this affront on decency, the museum had the gull to mention that apes and humans had a common ancestry they “evolved” from.  I clearly remember in Texas Science class being taught that evolution wasn’t real, and that humans were magical, apes were losers, and anybody who told me otherwise I needed to shout down and call them a devil worshipper.  I mean, museums would do better in Texas if they left all of this “fact free” information out; I understand that charging people to be lied to is the basis of America, but this is clearly un-American!  People can get information for free on on the weekends, and we see who has more regular attendance!

Fun day, but it’s time to stop writing.  I’m getting cynical again, which means I need a nap.  Tomorrow is our Anniversary and PI-Day, so stay tuned for whatever I can make up about why water parks are evil, how waterslides represent slippery slope logical fallacies (and economics), and whine about more bad drivers! 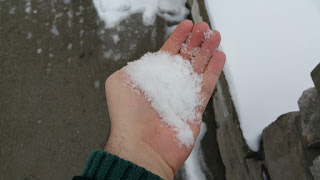 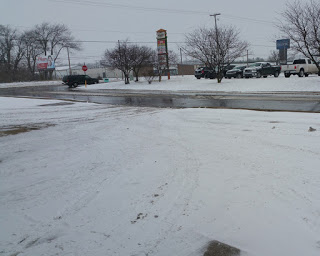 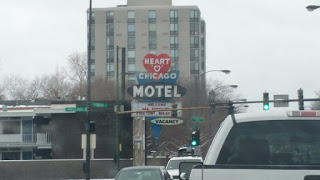 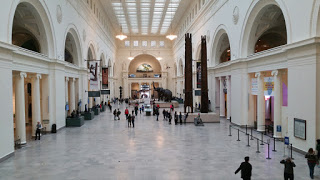 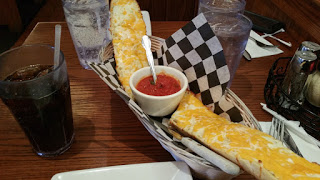 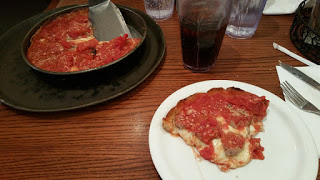 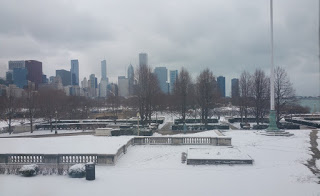 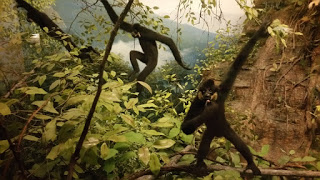 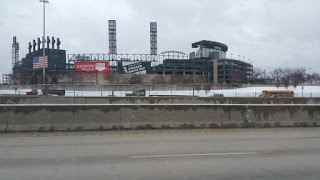 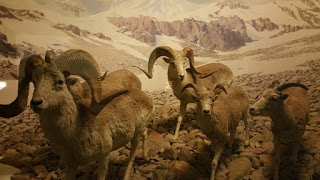 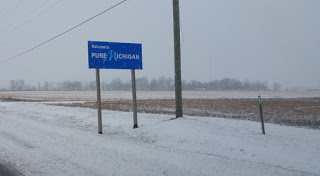 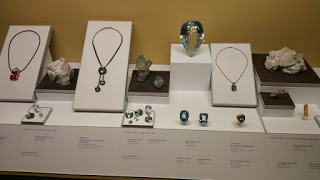 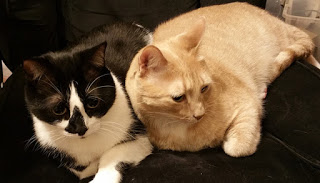 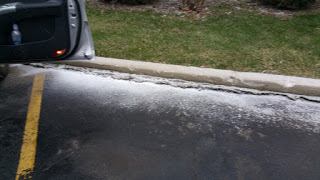 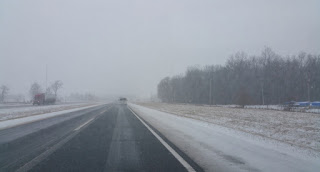 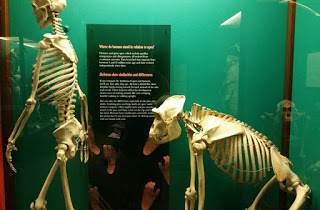 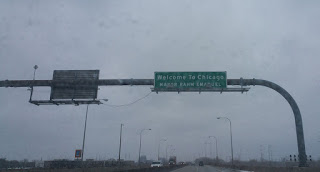 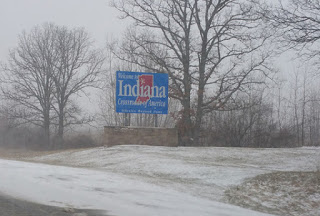 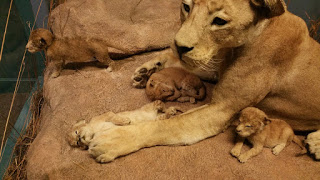