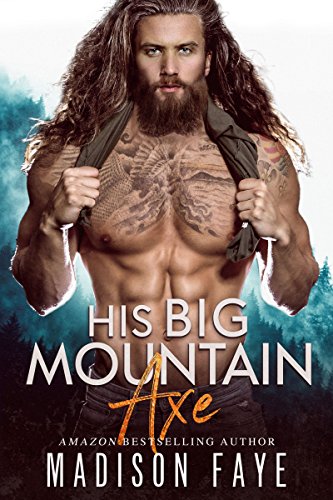 This is a guest post written by my BFFL Hillary. 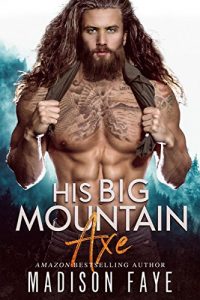 I’ve been reading romance novels since I was 10 or 11. I lived in an apartment building where people would leave Harlequin romance novels in the library of the laundry room and I’d beg my friends to help me sneak them into my bedroom so that I could hide my stash. Eventually my mother found out and gave up the battle of not letting me read romance novels and I’ve been reading primarily romance novels ever since then (and then recommending books for my mom to read after I was done).
I’d like to think I know my way around a romance novel so to speak. I’ve read everything from sports romance to Regency London to contemporary to the paranormal vampires. I’ve seen it all….and yet I’m not going to lie, and I can’t put my finger on it, this is one of the stranger books I’ve read. Actually, I should say novella because despite Kindle saying it’s 559 pages…the book ends at 19% and there’s three other books included.
I had to buy this book after Jamie texted me and made me giggle at work about actual axes even if I wasn’t entirely sure what she was talking about at that moment. She texted me tonight with the actual picture of the novel and I texted back, I’m buying this book. How could I not with a book titled His Big Mountain Axe (wink wink nudge nudge)?
His Big Mountain Axe…what I do I say about you considering I barely got to know you before you were over?
I’m not sure what the author entirely was thinking in the cover and the title. I’ve read a ton of romance novels…and yet none have made me giggle about its title as this book. I really wish the author had chosen a better title – it doesn’t help the romance genre with a title like that. The romance genre gets mocked endlessly for its “bodice ripping” covers and titles and I feel like so many authors work tirelessly to show that the romance genre is so much more cheesy titles and unrealistic looking people. Madison Faye apparently didn’t get the memo but I’m not going to lie, I like the guy’s abs on the cover. I’ve never met anyone in my life with those kinds of abs.  This is a part of a series but this is a standalone. Characters from previous novels will show up but you don’t need to know anything about them to read this book.
The book starts off in a strip club…because what good book doesn’t? I was half hoping that the heroine would be a stripper then because you don’t find many strippers getting a love story and strippers need love too. Of course she was not a stripper but just a cocktail waitress. All we learn about Larkin is that she left her abusive boyfriend and fled until she ended up in Salt Creek with a dead car needing a job.
Salt Creek, USA apparently is a place where everything goes to die. It sounds like a miserable little town with very little options.
Enter our hero, Axe who has lived for the past four years …. guess where….
if you said on a mountain, you’re correct! He lives in what basically is a shack on a top of a mountain. No running water, no electricity. When I was in 5th grade, we used to play MASH on the bus and I never wanted to end up married in a shack even if it was to a boy I liked or to Axe as much as I like his abs.
He’s avenging his gang’s death by hunting down the guy that took his friends’ lives…who happens to like to frequent this same strip club. I guess what else is there to do in Salt Creek? Axe has been hanging out for the past two weeks and eyeing our lovely Larkin when the drama goes down and he has to take Larkin away for own safety and take her to his mountain (to show her his “axe”).
The sex scenes…and there were several were actually in my opinion, pretty well done. I’m a sucker for good dirty talk and this book does not fail! If you’re just looking to read sex scenes, this is the book for you!
The character development? Nonexistent unless you count the fact that somehow within a day, they were in love with each other. All of a sudden after a day, Axe wants to change for her. I don’t buy it. I can’t get my husband not to leave his dirty socks all over the apartment and I know he loves me like no other but Axe is going to change for this woman after a day? Riiight. We learn nothing about Larkin, who she is, her background, where’s her family, her friends. Axe, we learn a little more about considering he was in a gang. There’s nothing that makes me understand how the hell they fell for each other and are so in love when what they know about each other can fill the top of a tack.
The plot would have been okay except it was extremely rushed and underdeveloped….all of the events somehow took place within a day’s span…maybe two days? This book had it been written right, could have been a lot longer and had been a very good story. Instead, we got a very rushed book with hot sex scenes.
My rating…2 stars. I’d give it 1.5 if I could. As I said I’m a sucker for dirty talk and Axe is damn good at that…he and his abs can come over over anytime and talk dirty to me! But with such a thin plot and character development, I barely got to know the book and it was over. I’m not sure if I’d tell you to spend the .99 for the book unless you want to read other books by this author that are included.

1 thought on “His Big Mountain Axe by Madison Faye”