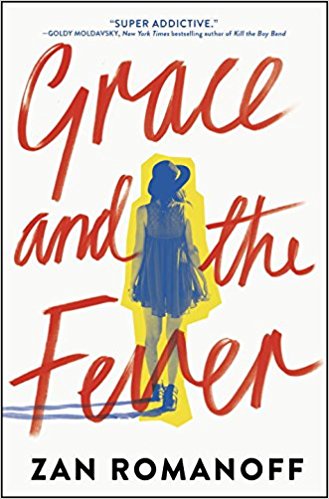 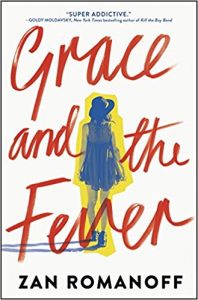 Before I get into this book review, I’d like to tell a story.

In 2004, I went to see The Used and My Chemical Romance at the Tweeter Center in Camden, NJ, though it’s not called the Tweeter anymore, it’s the BB&T Pavilion with some of my friends. It was February, and I slipped on some black ice, and to this day, my friends still like to reminisce about that fall, and they cracked up when it happened before eventually asking me if I was okay [I was]. I was more of a MCR fan than a Used fan [though The Used do have some decent songs] and super stoked for the concert. 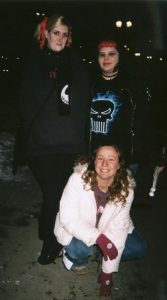 [That’s me in front]

This was right around when MCR released Three Cheers for Sweet Revenge, and were super popular, and the video for Helena had just come out.

This was also the early 2000s, when people actually used to light Lighters at concerts and not freaking cell phones.

Anyhow I was walking to the venue, we were sort of late for the concert, traffic from Kutztown to Camden sucked, but so do most opening bands, so we didn’t mind being late. Anyhow as I was walking towards the venue, there was a guy standing outside of the gate to the backstage area where all the tour buses were. A random guy asked me if I had a light, and like I said, this was the time when lighters were used during the slow songs at concerts, so I had a lighter in my pocket, and I gave it to the guy to light his cigarette, and told my friends I’d catch up with them since they were in a hurry to see the music. The guy thanked me for the lighter and I got a good look at him, and holy fucking shit it was Gerard Way of My Chemical Romance.

I talked to Gerard Way for a few minutes, I don’t remember much of what was said, except I think I was like “Dude you’re the guy from My Chemical Romance” and he was like “Yeah I am” and I was like “I really liked your video for Helena” and he said “Thank you”, we talked for a few more minutes, he signed a random Harry Potter movie ticket stub I had in my pocket, but I don’t remember any more of the conversation.

This brings me to Grace and the Fever

Our lead character Grace is obsessed with the band Fever Dream, which is based on One Direction from what I understand. Grace’s or Gigi as she’s known in the fandom world is a huge participant in the Fever Dream community, she has a themed tumblr, a themed twitter, and all of her best friends are her fandom friends because they’re the only ones that get her.

Then on summer night, the unthinkable happens, she meets Jes, her idol from Fever Dream and becomes a part of a paparazzi plot and she gets to know deep dark secrets of the band, and she realized how much hell stardom actually is.

There’s stuff I liked about the book. I liked Grace’s devotion to the One Direction er Fever Dreams fandom. I liked her fandom friends. Know what? I met some of my best friends through Fandom. I was deeply obsessed and involved with the Harry Potter fandom, so obsessed, that I even joined this LiveJournal community called Hogwarts Elite that you had to apply to join it and the people in it were mean! I mean there were tons of Harry Potter themed communities around then, and you’d apply to them and they’d sort you, but if your application got rejected, you could just tweak it and reapply. NOT HOGWARTS ELITE! If you got squibbed or even worse, MUGGLED, you were banned from the community, you could never ever apply again, you were a faker, you were banned! And this community was run by this guy named Noah and everyone acted like he was a fucking celebrity, he even appeared on some AM radio show once, and people were like OMG NOAH, YOU’RE A FREAKING MOVIE STAR, he probably could’ve had binders full of Harry Potter obsessed woman [and maybe even some men] who would’ve slept with him to be in his “inner Hogwarts circle.”

For the record, I was a Gryffindor at Hogwarts Elite, and I never quite understood the Noah Fangirls. But anyhow, the fandom was my freaking life. They had common rooms, they had their own Diagon Alley where you could order signature tags, they even had their own Hogsmeade every term, and let me tell you, Hogsmeade was SERIOUS FUCKING BUSINESS, you’d team up with your house mates on group chats, and figure out how to earn the most points during Hogsmeade weekends, so your house could win. My life revolved around Harry Potter and the fandom [luckily I was young and in college and really didn’t have a life so I could devote my life to Hogwarts Elite]

Anyhow I met some of my best friends through that Fandom. I still talk to my friends from that fandom even though Hogwarts Elite, and even Harry Potter to some extent have died down. I text tons of them, we’ve met in person, and they’ve become some of my best friends, and in a way some of those friendships have been better than my IRL friendships probably because my fandom friends get me, and that my friends is something I thought Zan Romanoff portrayed beautifully in her book.

And if anyone who randomly finds this entry because they googled Hogwarts Elite… Hit me up people, maybe we were housemates.

Unfortunately, the whole fandom community  is really the only thing I really liked about this book. I thought the author really captured the essence of a fandom well.

I didn’t like Fever Dream, I thought all of them came off as assholes, and not even lovable assholes. They didn’t really have personalities. They were basically every stereotype you would think members of a boy-band would have wrapped into one package.  There was no originality in their character developments.

Grace aka Gigi was basically a Mary Sue. This entire book basically felt like a boy-band obsessed fan’s wet dream. She had no personality, her entire character revolved around the band and her obsession with the band, and then all of her band-related fantasies just happened to come true, OMG!

The relationships between the characters just seemed to lack chemistry and their relationships were basically every fanfiction trope you would read on the internet that a Mary Sue wrote and decided to publish on fanfiction.net

Perhaps a 14 year old, who stalks celebrities on Instagram obsessively commenting on their pictures [OMFG UR SO HAWT], Twitter [I <3 U, I’M YOUR NO 1 FAN, PLEASE FOLLOW ME], and constantly reblogs band pictures on their Tumblr would.

Trigger Warning for Underage drinking and drug use, but that’s really it.