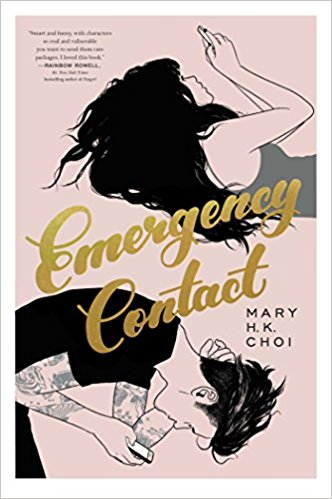 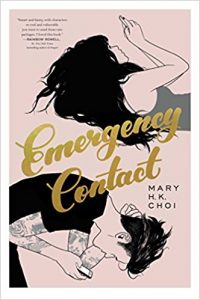 Way before OKCupid there was TheSpark.Com. You could say TheSpark was the preamble to OKCupid. TheSpark was all the rage when I was a freshman in college. This was a time really before cell phones… I mean there were cell phones, but they were sort of like the size of your head and cell service was nonexistent. This was the age of Dial-Up and Ethernet cables. This was the age of AOL and AIM, when the hip thing to do was leave the most emo lyrics you could think of as your away message for all of your friends to read.

On TheSpark.com, you would take a quiz and the quiz would tell you your seduction style… Maybe you were a vixen, a cock-tease, or perhaps the slutty girl next door, and once you found out what kind of lover you were, you’d be able to see people in your geographical location, in my case it was my college Kutztown, and see how compatible you were with them. Then you could exchange “text messages” if the person was online and tell them your deepest darkest secrets and fantasies. If you were still interested after that, you could meet up. Perhaps all those messages would lead up to a night of passion [or in the case of a guy I used to know- several nights of passion- he would meet up with a girl every night], or maybe an occasional relationship. TheSpark.com was tinder before there was tinder.

I enjoyed my TheSpark.com account, I enjoyed talking to guys I’ve never met about everything and anything, I mean after all, college girls have a lot to talk about, and it was nice being able to talk to guys without them judging me by anything physical, and getting to know them through our “texting” without really ever having to worry about saying something stupid when you’ve had too much jungle juice to drink, and then dealing with them in Human Sexuality the next day [and yes that was a real class]. Or maybe they were in your Human Sexuality class, learning all the different nicknames for certain parts of the body with you, but you didn’t know it because TheSpark.com didn’t really let you upload pictures since this was before cell phones even had cameras.

Penny Lee, the main character of Emergency Contact led a very dull and boring existence throughout high school. She had some friends, but her relationships with them weren’t anything to brag about. She had a boyfriend, but that’s all he was, just a boyfriend, it was a title, there was no depth to their relationship. Penny loves writing and writes really weird science fiction shit that she thinks is different and will let her be discovered one day. Penny also has a “hot mom” named Celeste.

“Penny’s mom has got it goin’ on, She’s all I want and I’ve waited for so long Penny can’t you see, you’re just not the girl for me, I’m in love with Penny’s mom.”

Penny’s hot mom drives her crazy, which is why she cannot wait to go seventy-nine miles away to attend UT Austin, where she’s far far away from her mom, and all the guys who hit on her mom. Penny’s mom is even friends with Penny’s boyfriend on Facebook.

Sam lives in a coffee shop and loves to bake.

Sam also has a shitty home situation, though not quite in the same way Penny does, which is why he lives in a hipster bakery and coffee shop. He just had a bad breakup with his girlfriend Lorraine aka MzLolaXO, the queen of  selfies.

Sam also happens to be the sort of uncle sort of brother sort of no blood relation but still sort of related to Jude, Penny’s roommate at UT “Hook ‘Em Horns” Austin. It’s complicated people, I read the book and I don’t understand their relationship.

Penny and Sam are both losers. I mean that in a lovable loser way. Penny likes to make multiple choice questions in her head to try to figure out how to deal with life, and Sam is a tattooed wannabe filmmaker, who thinks he’ll be discovered one day and be rich and famous. Oh and he can bake.

So they’re both the brooding hipster emo artist types.

After their initial meeting, Sam and Penny’s paths accidentally cross in a way that I don’t want to spoil. From there, the two of them swap phone numbers and text, just to stay in touch, in case the other person needs something, since you know they both have their emotional baggage and mommy issues.

Soon their phones are attached to each other by umbilical cords, and they text and talk all the time. Since they never have to see each other [unless of course Jude drags here there, after all Sam is her sort of cousin brother uncle whatever], they tell each other everything, even weird insecurities, hopeless dreams, and it’s great because no matter what stupid shit they say to each other, their paths never cross, so there’s no awkwardness or walk of shame.

This book is about discovering yourself and figuring out who you are and what you want from life. That is why I liked this book.

Penny and Sam were very relatable characters. I saw a lot of myself in Penny. This book is also about not judging a person by what you see on the outside, and realizing that not everyone is as superficial they seem. It’s about finding friends in unlikely places. It’s about not knowing who you are and being okay with that because it takes time to figure out who you are or even who other people are. It’s also about coming to terms with your past and not letting it define you.

I really enjoyed this book.

I would say this book is probably intended for a more mature audience than your typical young adult novel.

The definition of Young Adult is as follows:

This book is probably geared more towards readers in their late teens and/or early twenties as opposed to something like The Selection by Kiara Cass, which I think it more geared towards the 14-16 year old teens.

The language and situations are appropriate for late teens/early twenties.

Trigger Warning for Rape, that’s really it. There’s some drinking and drug use, but in the context of the story, it’s appropriate.