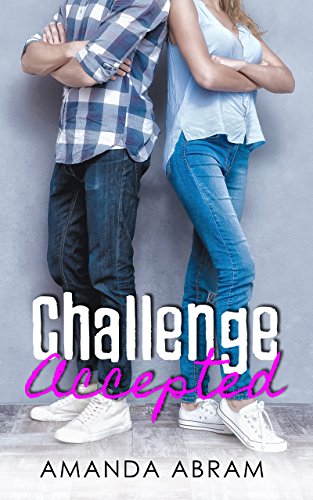 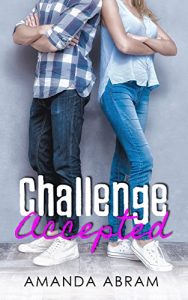 Raise your hand if you’re a child of the 90s…

In the 90s, teen movies were all the rage… Think American Pie, Clueless, 10 Things I Hate About You, Can’t Hardly Wait, Cruel Intentions, Never Been Kissed, Drive Me Crazy, Varsity Blues, and Bring It On.

There was also this movie called She’s All That.

She’s all that was about a guy named Zack played by Freddie Prinze Junior, who was a total heartthrob of the nineties. His girlfriend ditches him for a washed up Real World star [like I said this was thew 90s] and he makes a bet with his best friend that he can turn any random girl into a Prom Queen.

Rachel Leigh Cook [You might know her from the THIS IS YOUR BRAIN ON DRUGS commercial in the 90s] plays Laney, a weird artistic girl. Zack vows to turn Laney into a sexy prom queen, but of course he falls in love with her, as does his best friend, who of course, tells Laney they she was all a bet because he wants to do her in a hotel room after prom after she becomes hot.

I mean this was a 90s movie.  Of course it ended happily ever after, Zack apologized to Laney for being a douche-bag, the popular girl becomes a loser, and Zack and Laney live happily ever after.  At least until they go to college, and Laney realizes that there are better fish in the sea, fish who aren’t egotistical douche-bags who get off by humiliating other people, but unfortunately that would be in part two, and part two was never released in a theater because it wouldn’t have that stereotypical happy 90s ending.

Emma Dawson and Logan Reynolds have known each other since forever. Their parents were bffls,probably did a lot of weed and drank together in high school. and have been trying to set Emma and Logan up with each other for their entire life. Logan is an asshole, who uses girls for sex, and only cares about himself. Emma is a nerd, whose summer plans include organizing her bookshelf, by genre, and then in alphabetical order. 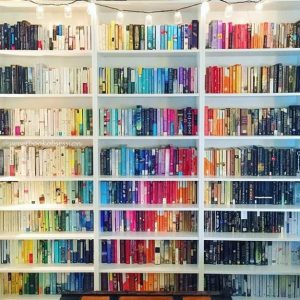 Emma decided to take her high school’s “Summer Fling Compatibility Test”, which is where you fill out a questionnaire, and the computer club run it through some algorithm and find your perfect match. After all Emma needs to find a boyfriend, who also wants to organize his book shelf this summer, and no that’s not a euphemism for anything.

Logan took the test too because his current flavor of the week wants to prove that they’re supposed to be soulmates. But Logan already slept with her and got exactly what he wanted and is ready to break up with her but he’s not a playa, he just crushes a lot, and it’s time to move on, so he lies on the compatibility test and puts the opposite of everything he normally would’ve picked as an answer to show, and OH MY GOD, HIS MATCH IS EMMA because they are opposites.

Emma goes to the hipster coffee shop, hoping to meet her dreamy nerdy boy, and nobody shows up because Logan realized his match was her, and well fuck that shit, so he stood her up.

Emma is a heartbroken and thinks she’s a undesirable girl, who will spend the rest of her life alone, living in a one-room apartment with a million cats because even her mystery match stood her up.

Then Logan’s stepmom found out what Logan did and says he better fix Emma’s summer up, or when they go to visit her family, he’ll be forced to go, and he won’t be able to stay at home and throw the party of the century like he planned to when his folks are out of town.

Well holy shit, Emma has a huge crush on Logan’s best friend Matt, so he’ll totally just make her over, and then Matt will fall for her, and they’ll do something because apparently Matt only uses girls for sex, just like his best friend does, and then Logan will be off the hook and he can throw that party he planned.  This is so fucking perfect!

But then OH MY GOD, Emma is actually a secret hottie, has a killer bod, and well fuck, he’s falling for her. Maybe their families should start mailing off those Save the Dates for their future wedding.

But can Emma see through Logan’s playboy exterior and will she fall for him too?

Well I guess you’ll have to read this book to find out, now won’t you?

This book was a lovely collection of overused tropes in literature: the nerdy girl next door, the player popular boy, falling for your best friend, and evil ex-girlfriend set on revenge. This book was nothing original. This entire book was one giant cliche.

Well, at least I read it for free on Kindle Unlimited.

That being said… It was a quick read. It was a cute fluffy teen story. The writing was decent for a young adult book. This is why I gave it three stars.

However, is this a good book? Er not really, in my opinion, but there are people who do like this kind of story. I mean if there weren’t, there wouldn’t be so many Teen/Young Adult books with the same exact plots, just different characters and different authors.

If you do like fluffy romcom books that have a happy ending… you know… where the bad boy gets redeemed. The nerdy girl turns out to be a secret sexpot. People fall in love, that sort of thing. You’ll probably like this book.

There really aren’t any trigger warnings, except a warning that this book is a giant cliche. But I suppose things become cliche for a reason.