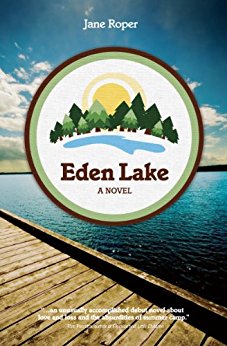 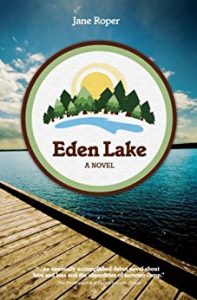 I have a confession to make, I really love books about sleep-away camps, which I suppose is sort of ironic since I hated sleep-away camp and they were some of the worst summers of my life. Perhaps that’s why my obsession has lingered on. You always hear about how AMAZING sleep-away camp is and how you meet the best friends you’ll ever have and have the time of your life, and all that shit. Well that never happened to me.

My parents decided to send me to sleep-away camp at the age of 14. Yes 14. I’m sorry, but girls are bitches, especially teenage [or is 14 tween now?] girls. The girls who I wound up in a cabin with had been going to sleep-away camp together since they were 8. I took a place in their bunk for one of their best friends, who got moved to another bunk, and they always held that against me. They were mean, they bullied me, they pranked me, and they even destroyed some of my things, and the owners and counselors never gave two shits.

Right before I was set to go to camp for what would turn out to be one of worst summers of my life, Disney had a show called Bug Juice. Bug Juice was Disney’s foray into reality television. It followed two cabins of girls/boys, who were around my same age, and their sleep-away camp adventures at a camp called Camp Waziyatah.

I OBSESSIVELY watched the show, in anticipation of my first summer at sleep away camp. Even the new girls seemed to have the summer of their lives, and I used to watch the show and imagine the friends I would meet.

I wondered what sorts of friends I would have… Maybe the quiet writer girl Megan, or artsy Caitlin, boy-magnet Stephanie, or maybe I’d meet somebody who loved sports as much as me like Cammie. I spent hours fantasizing about what my first summer at sleep-away camp would be like.

I don’t think it’s the camps fault, per se, I mean yes, the camp was fully of snobby entitled spoiled rotten little bitches, but I do think it was a good camp, in general. I think, had I been sent to sleep-away camp, at the age of 8 or 9, like a normal child, I think I would’ve liked camp a lot more. My little brother went to camp around that age, and he had a good time, so for me, really, it was just when I went to camp.

Parents, don’t send your girls to sleep-away camp at the age of 14, girls are bitches.

I ended up going back for a second and third summer, but I was a CIT, not a counselor, and I admit, I did have a better time, and I even made some friends, some of whom I’m still friends with on Facebook, but I never had that storybook worthy sleep away amazing summer adventures that I always longed for, and the campers on Bug Juice [which lasted three seasons, and IS COMING BACK THIS YEAR, and you bet I’ll be watching it] had.

[no pictures will be posted because I don’t have permission from the people in the pictures to post them, nor do I want anything about my former camp’s identity to be obvious]

After I wasn’t asked back to be a counselor at my former sleep-away camp for a reason I won’t get into here, I worked at my brother’s sleep-away camp as an office assistant for four summers. The first summer I was homesick a lot, the second summer I had those adventures that you would just hear rumors about from the counselors, and the third and fourth summer paled in comparison, but they weren’t bad.

But really, I’m just not a sleep-away camp person, as much as I might’ve wanted to be. I missed my real friends, I missed my bed, I missed everything about home and was never able to feel like anyplace else was a home away from home… Instead I prefer to relive and have those experiences through literature.

Which brings me to Eden Lake.

Eden Lake is about the Perry family. The Perry family founded Eden Lake, as a utopian children’s summer camp in Maine. However, fast forward, thirty or so years in the future, ironically 1997, which is the exact summer I first went to sleep-way camp, the camp is overrun by entitled suburbanites. Clay, the patriarch of the family, dies in a horrible plane crash, and his three children: Abe, Jude, and Eric, must decide if they want to continue running their parent’s camp, or sell it and move on from their past.

This book brought me back to camp days. I could relate to it as a former camper and as a former staff member of camp. This book perfectly talks about the different kinds of adventures campers have at camp, the trouble they get themselves in, and the drama that counselors can entangle themselves in.

That’s why I gave it four stars. It allowed me to go back to my past, and relive several summers from it. Memories are worth a thousand words.

If you want to read a story about a quirky summer at camp to relive your own memories or even because you always wanted to go to camp yourself, this is probably the perfect book for you, especially for 90s children.

Trigger Warning for: adultery, that’s really it. There’s some sex in the book, but it’s not really detailed or explicit or anything.

I really enjoyed this book. If you give it a chance, you might enjoy it too.