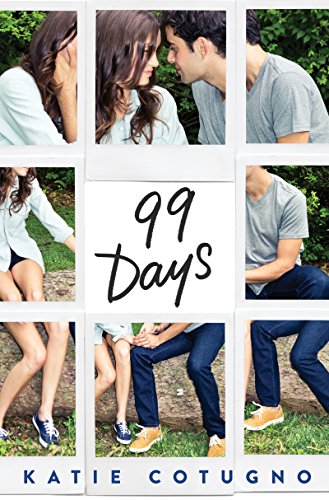 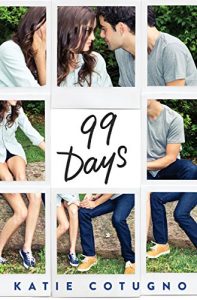 Man, if I knew that my self-insert Mary Sue stories of my teenage fantasy love life would’ve made me big money, maybe I would’ve become an author instead of a special education teacher.

99 days tells the story of Molly Barlow. Molly Barlow is your typical spoiled and rich high school age girl. She went away to an all girls boarding school for her senior year of high school because she played two brothers against each other.

She was dating one brother, then she sort of kinda broke up with that brother, and she had sex with his better-looking older brother, and than the younger brother found out and OH MY GOD, MY LIFE IS OVER, EVERYONE HATES ME NOW, SO I’M GOING TO RUN AWAY.

But what’s even worse about Molly’s situation is that her mom is a famous author, and she was made even more famous because she wrote a best-selling novel about her daughter’s romance life, which is how the younger brother found out about her cheating on him with the older brother… If it wasn’t for that book, well it’d probably still be a deep and dark secret.

Now poor Molly is forced come back to Star Lake, her hometown in the Catskill Mountains,  and to try to atone for all of her sins in the 99 days she has before she starts college in Boston. She needs to make it up to the boys, whose hearts she breaks, and mend her old friendships.

This just wasn’t a good book? I mean I give it this, it wasn’t the worst book I’ve ever read [here’s looking at you Sherrilyn Kenyon- just give up the repetitive supernatural romance novels already, I couldn’t even finish her latest Deadman’s Cross novel]. It had good grammar, it followed the basic premise that we’re taught about how to write a novel when we’re in like 3rd grade. 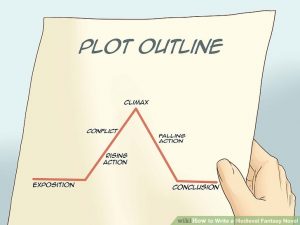 But this story was stupid?

Okay maybe stupid is going too far, I’m sure tweens, who fantasize about having their own love triangle and having a sparkly vampire and a werewolf fight over them will love this story.

I did like how this story was set up. Each chapter is one of the 99 days that Molly is counting down until she finally leaves for college. And that sets a clear prescient for how the story is set up. The story will resolve itself in 99 days, somehow.

I won’t bore you with telling you anymore about the plot. But I will say that this is another story, where the teenagers seem to have too much time on their hands, too much money, and even though they’re all under eighteen, they still manage to have access to lots of booze and drugs, and they party like crazy.

If this book accurately represents what the younger generation is like… well I fear for the future.

Anyhow, if you want another book to read about spoiled teenagers, who have too much money, and too much free-time, entangle themselves in Twilight-esque love triangles, and have more drama than an episode of Jerry Springer.

This book is probably for you.