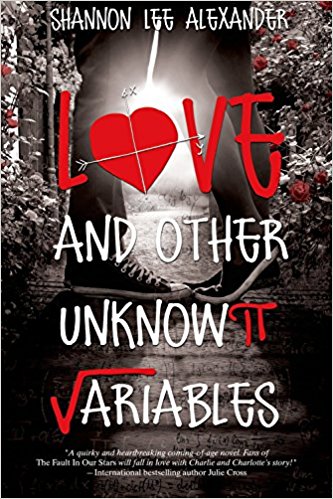 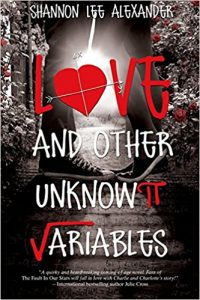 I really wanted to like this book more than I did. I absolutely loved its sequel: Life After Juliet , so I expected to really like this one, as well. Only I didn’t. Love and Other Unknown Variables just didn’t do it for me.

The good news is, you really don’t need to read this book, to read the second, they’re both stand-alone novels.

Love and Other Variables is about Charlie, who is the older sister of Becca, the narrator of the second book. This story tells us how he fell in love with Charlotte, Becca’s best friend, who died in the second book.

I think my main problem with this book was Charlie, who was the narrator. I get that Charlie is a genius, who could probably give Sheldon from Big Band Theory a run for his money…

I also get that math is to Charlie as books are to Becca, in the second book.

But I feel like Charlie was such an empty character and he really has nothing going for him except for math and science.

First of all, I HATE MATH. 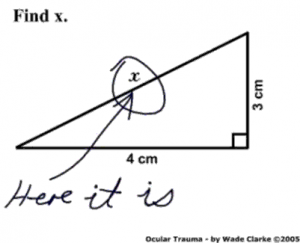 Charlie’s entire thought process revolved around math and physics and science, and all the subjects I hated in school. I felt like reading through Charlie’s minds-eye made me feel stupid like he was on such a different level than I was mentally, and for that reason, I just couldn’t relate to him. Like it’s one thing that Charlie is a math brain, and I can accept that, but it’s an entirely different thing when the entire book revolves around math and Charlie’s thought process. revolves around math.

Then there’s the fact that Charlie and his friends are cruel. They take pride in making life a living hell for their new English teacher because they’re math brains, and English is apparently a useless subject to Charlie and his super genius friends. They prank their new teacher and are unnecessarily cruel to them just because she teaches English and not math or science. Him and his friends act like they’re just so much better than everyone else because they go to super elite Brighton High School and not the local public school, they’re not likeable characters at all.

Then there was Charlie’s relationship with Charlotte. It was just another unrealistic relationship. They just fell in love instantly. This whole book takes place in a little under a year, and somehow within the few months it takes place, Charlie and Charlotte are madly in love with each other. That’s just how life is apparently, the first person you meet in high school, is forever your soulmate.

I also felt like I didn’t really get a sense of who Charlotte was. She seemed equally as cruel as Charlie. She’s all about Charlie torturing his English teacher because she just so happens to be her older sister, and if Charlie tortures her, she doesn’t think about Charlotte and the fact that she’s dying of cancer, of course. What kind of person just takes pleasure in torturing somebody? Really, Charlotte is just another Mean Girl.

I didn’t get a sense of the amazing and wonderful friend that Becca described so much in Life After Juliet. I felt like I didn’t get any sense of who Charlotte was, at all, except that she was dying of cancer and really liked junk food.  I couldn’t believe this Charlotte was the same Charlotte that Becca had lost in Life After Juliet. In fact, Charlotte just seemed like a copy of Hazel in A Fault in Our Stars and her relationship with Charlie was basically just like Hazel and Augustus’.

Hell, I had cancer, maybe I should just turn my story into a young adult book, cast my husband as the teenage love interest I leave behind… would that make me a best selling author too? After all, it sure seems like that shit sells.

This book was really nothing original. It was just a bunch of teenagers, who talk like they’re already college PhD candidates, only instead of big pretentious words, this book uses math, and then one of them dies tragically, and the person left, will never love anybody again.

This is just like every other pretentious John Green novel… our main character thinks they’re so much better than other people, they fall in love with a strange and artsy and/or creative girl, they fall in love, and then something HORRIBLE happens to the love interest… either they get cancer, die tragically, get their heart broken, or run away and escape from their life, leaving somebody behind to mourn them.

Trigger Warning: None really, just a “tragic” death from cancer, and cruelty towards others.