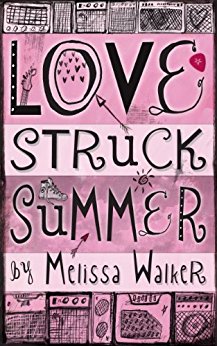 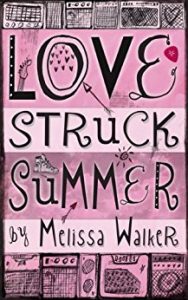 First I would like to say that I took 1/2 a star off because of the grammatical errors and lack of editing in this book. There were all sorts of messed up words that came across as wingdings instead of words, and few misspellings. Normally, I can overlook some of that stuff, but the wingding words really annoyed the crap out of me… I mean don’t authors edit and reread their shit before they post it  on the internet?

This story is about Quinn, a try-hard, who’s too good for her given name [Priscilla], has blue hair, and thinks she’s a  scene queen hipster. She manipulates her way into getting an internship in Austin, Texas, which she wants to use to meet pretty little emo rock boys like Gerard Way. Hell, she’ll even get their coffee for them if they’ll just give her a chance. The man, who answered the phone at Amalgam Studios, was probably stoned as fuck when Quinn called them because her and her best friend Raina were too cool to attend their school’s graduation parties, and instead they just drove to the beach to listen to the new Indie album because that’s what a good try-hard does, and told her, SURE IF YOU CAN GET YOUR ASS TO AUSTIN, WE TOTALLY HAVE A SPOT FOR YOU.

And of course Quinn just so happens to have a SUPER RICH cousin in Austin, whom she can stay with, so she goes to Austin with nothing but skinny jeans and stupid hipster tees of bands that nobody has heard of.. and OH MY GOD, HER COUSIN PENNY IS A FUCKING SORORITY GIRL… WTF? THIS HIPSTER BITCH CAN’T HANG WITH NO SOROSTITUITES, and she even has a dog, who she dresses up in tutus and crowns, even though the dog is a he. He likes those clothes apparently.

Now all this try-hard needs is a cute DJ hipster boyfriend, and sure enough she meets this DJ named Sebastian… and I mean Sebastian is such an amazing hipster name, and he just dresses so cool and knows all this indie music, it’s gotta be true love, right? But it’s obvious to everyone who reads this book that Sebastian is a tool  and douche bag, but that’s okay, Quinn doesn’t seem to mind because he’s a an amazing screamster emo DJ at a hot club in Austin, Texas.

And then OH MY GOD, Penny has this total Cowboy neighbor because this is fucking Texas bitches, and all Texas has is fucking cowboys… and OH MY GOD, he likes country music…

But what’s going on??? Russ is as sweet as cherry pie and a southerner… and OH MY GOD IS QUINN FALLING FOR TEXAN COWBOY? I mean… things are definitely bigger in Texas…

Who should she pick…. douchebag hipster DJ Sebastian or country-loving cowboy Russ?

You have to read the book to find out.

If you have kindle unlimited, you can read Lovestruck Summer Nights for free, and I’d definitely recommend that because this book isn’t worth four dollars.

I gave this book more than a star because I enjoyed the setting of the story. I’ve been to Austin. I love Austin. And I really thought that the author did a really good job of capturing the Austin scene, both the music scene, as well as local/tourist attractions that make Austin what it is, and I think it’s really hard to accurately describe such a popular and well-known place, and Melissa Walker nailed it.

This book had some good characters even. I mean, our narrator, Quinn is a bitch, and I just didn’t like her at all. She’s a judgmental person, who thinks she’s better than everyone else, and I couldn’t stand her, and she never redeems herself through the story, in my opinion. But Quinn’s cousin Party Penny, was an awesome character even if Pi Pi Pi was her life, and Jade, Quinn’s co-worker from the internship was another really well developed character.

Trigger Warning: None really, but read this book at your own risk. It’s your typical self-insert Mary Sue love-triangle teen story that are apparently all of the rage now.