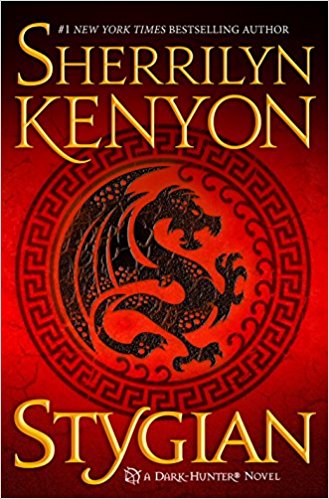 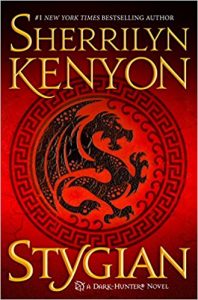 [I would apologize for not writing a book review in some-time, but Harry Potter legos, obsessing over Hamilton and Civ VI have been controlling all my free times, and I have no regrets, especially since the school year started, and besides I actually don’t think anyone reads this blog, so really I’m just writing for myself, which is cool, anyways NO REGRETS]

TRIGGER WARNING: This book has a lot of sex in it, my review talks about sex, if you really don’t want to read or hear about sex, just skip this review, hell skip EVERY SINGLE ONE of Sherrilyn Kenyon’s books all together.

I really have a love and hate relationship with Sherrilyn Kenyon and her Dark-Hunter/Were-Animals/Whatever series.

I went through a phase, around when we moved into our second apartment, when I discovered her. I read the first book in her series, then I read a few more, then Acheron and Styx came out and I liked those too, but then I got tired of her books because EVERY SINGLE FUCKING BOOK WAS THE SAME! All the Dark Hunters were extremely tragic figures with huge dicks, and all the girls helped them regain their souls, which is basically the whole premise of the series, BUT EVERY FUCKING BOOK IS THE SAME.

All her books are just re-tellings of the other books, with a few extra scenes mixed in. Seriously, writing Dark Hunters books must be so easy since she recycles like 80% of the same scenes from her other books and just 20% of the book is new materials. Hell, if it wasn’t for the copyright issues, I’m sure I could write the next Dark Hunters book, I just need to think of a tragic hero with a huge dick, and a thirsty heroine, write 20 pages of new materials, and then recycle scenes from all of the old Dark Hunters books, just like she does.

And I know I’m not alone in these thoughts because when you read the comments on amazon, people say the same thing I do, most of the book is just copy and pasting from her earlier novels.

I’m understand that when you’re a popular author, you probably have a lot of deadlines that you need to make, appearances that your agency has booked for you, book signings, readings, questions and answers, and on top of that, you really want some time for your own life, so cutting and pasting from every other book you’ve ever written is probably the easy route out, but on the other hand… maybe you should just quit writing the series and try to move on with something else.

Though I suppose she did try to do that with her Deadman’s Cross series, and I generally enjoyed the first book of that series, but then when I got to the second book in it, which was just released last year, I read maybe the first third of it and said fuck this shit and never read it again. And for me NOT TO FINISH a book. Well, it’s a rare thing. And besides the Deadman’s Cross books are really just like the Dark Hunters books, only they revolve around pirates, and then you throw  in Thorn, Ash, and Savitar {speaking of which… his is a book I’d be interested in!] and it’s the exact same story, only it takes place on a mother fucking pirate ship.

And we won’t even get started on what I think of her Chronicles of Nick series….

Anyways, this series is PERFECT for thirsty house-wives, who spend their time fantasizing about spending a night with dark and handsome vampire like creature, or a werewolf, or a pirate, or a merman [no I’m not joking, a dragon, a prince, or a god, with a huge dick, and never get sick of reading the same exact sex scenes over and over again.

Moving on to the actual book now.

Stygian is Urian’s life-story. It’s about Urian’s true identity, though if you read all of Kenyon’s other books, you probably already know who he is. It’s about the origins of the Apollolites, and about Urian’s love-story with Phoebe, which was already told in other stories. It has all your favorite characters, Styx, Bethany, Acheron, Simi, Stryker, and the usual gang. I guess the first half of the book is slightly original [keyword: SLIGHTLY] because there’s a lot of backstory about Stryker, Urian, and the Apollolites. But the second half basically destroys Urian and everything we’ve come to think we understand about Urian, from the past books. Granted, the Chronicles of Nick are about the past being undone and the future being remade, and if I wanted to be generous, I think maybe the inconsistencies between this story and other stories in the Dark-Hunter series could be blamed partially on that, but in my personal opinion, it’s just Sherrilyn Kenyon being lazy. And the entire second half of the story was repeated story-lines from the past few books and lacked any sense of originality.

I won’t really say anything else about the book… except maybe skip it? I mean if you haven’t read any of the other DH books, this one probably isn’t too bad to read since it basically retells the last x amount of books in shorter form in the second half of the book.

I gave this three stars because I am that pathetic person, who will still read all of the Dark Hunter books because I have an attachment to the series. And since I haven’t done a reread since 2015 of all the books, it was a good Cliffs Notes version of the other stories of the series.

If you do have any interest in the Dark-Hunters books and haven’t really read them before… No judgment here, but maybe just read Acheron and Styx because I think they’re probably the best written books in the series, and those two are probably two of the most important characters in the entire series aside from maybe Nick [but he hasn’t had his big book written about him yet], and if you’re curious about the rest of the books in the series after that, just pick up Stygian, and you can read a summary of the last 6 or so years in the Dark Hunter world in about 650ish pages.

1 thought on “Stygian by Sherrilyn Kenyon”