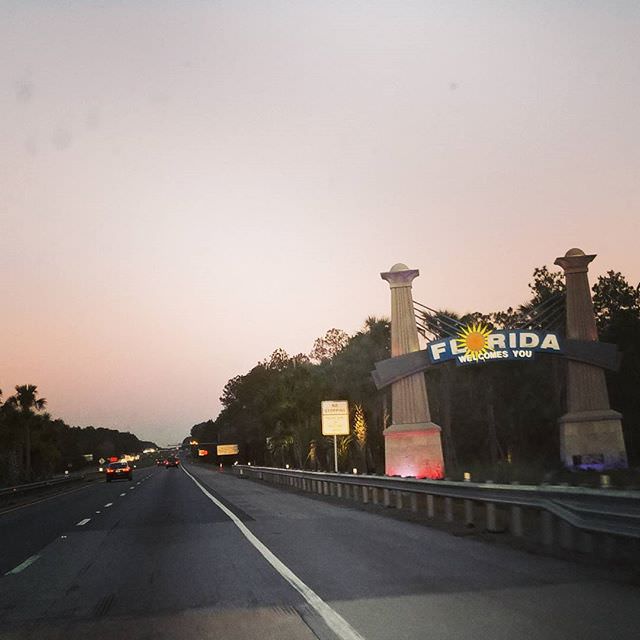 Last year, Justin and I went to Disney/Universal for New Year’s Eve. We left for Disney on December 29th, we drove there, arrived on New Year’s Eve, and were there for about a week. I decided to post the trip blog that I kept during that trip here, so all our trip blogs are in one place [though if I transfer the honeymoon one, it might take forever], so anyways, if there’s anybody who reads this, enjoy a trip down memory lane 😉 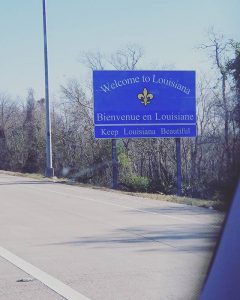 It actually didn’t even take that long to get to Louisiana. It was maybe 1.5 hours out of Houston? It was weird to get out of Houston that quickly… When we did our honeymoon, we drove up to Amarillo, and that was literally over 10 hours even to get out of Texas and to New Mexico.

Things I learned en route through Louisiana:
● Louisiana is filled with casinos. Even the gas stations have casinos. Though I’m sure I wouldn’t choose to gamble at a gas station casino because I’m sure the odds are awful.
● Louisiana is divided into parishes. Louisiana is divided into 64 parishes in the same way that the other 48 states of the US are divided into counties, and Alaska is divided into boroughs. Forty-One parishes are governed by a council called the Police Jury.
● Boudins are sausages.There are literally a million and one different types of boudin that we saw advertised on billboards as we drove through Louisiana. The subliminal messages through those billboards worked because I need to pick up some boudin on the way back from Disney just so I can say I tried it.. Now what flavors should we get? Seafood, chicken, pork, beef, crawfish, shrimp… Louisianans make boudin out of everything.
● There is A LOT of water surrounding Louisiana. 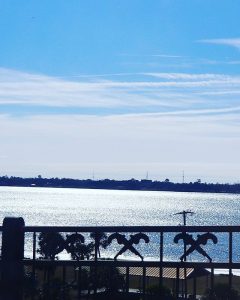 Somewhere between Louisiana and Mississippi, I needed caffeine… because even with blasting 80s music and having basically an 8 hour rock concert featuring myself on starring vocals, I started falling asleep. We wound up at a Starbucks at some random town in Louisiana.

Hi my name is Lyssa, and I am sadly addicted to Starbucks…

The first part of conquering an addiction is admitting you have a problem, right? 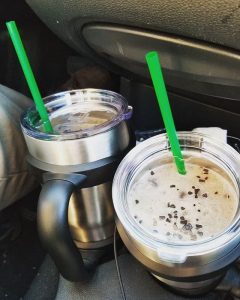 This was a black and white frappuccino… I thought it was pretty good. I liked it better than a mocha frap, at least. It had a delicate balance between sweet white chocolate and bitter dark chocolate.

Louisiana seemed to drag on forever… After Louisiana, we wandered through Mississippi and Alabama before we finally got to the Sunshine State. 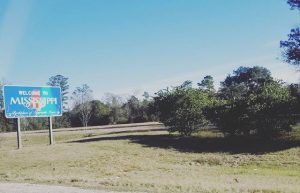 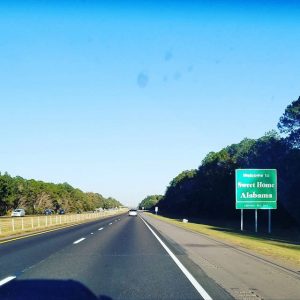 What came first…. the Lynyrd Skynrd song… or the state sign? AND THAT’S A SERIOUS QUESTION, I NEED TO KNOW, it’s like the chicken and the egg of the road trip…

The only city I really remember from Alabama is Mobile, Alabama: 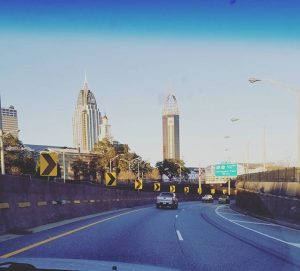 Now I can say I saw Mobile, Alabama.

It was around Mobile, Alabama when I got really sick of 80s music, and put on the entire Les Miserables soundtrack, and decided I needed to sing a one-women rendition of the entire show, starring myself as Valijean, Javert, Fantine, and… the battery died on my iPod before Marius, Cosette, and Eponine showed up.

I guess I’m lucky that Justin loves me… because I’m pretty sure I think I sing better than I actually do.

After Mobile, Alabama, we drove past the Gulf of Mexico… The Gulf of Mexico is really really big… Much bigger than it looked on a US Map, though I know maps are not drawn to scale.

It’s sort of like the Tardis… it’s bigger on the inside, as in the inside of the US, instead of on a paper map. 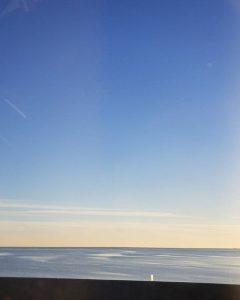 It just goes on for miles and miles.

Eventually we got to Florida: 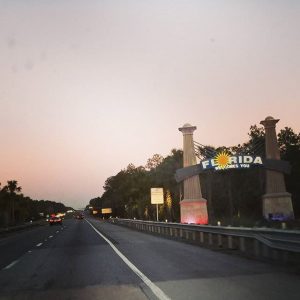 [I have a thing for taking pictures of state signs]

As soon as we got into Florida, there was a visitor’s center. I remember reading throughout numerous trip reports that the Florida visiting centers served freshly squeezed Florida Orange Juice… I was really excited about the orange juice, I kept on telling Justin about it..
“I CAN’T WAIT TIL WE GET TO FLORIDA AND GET TO DRINK ORANGE JUICE…” I was psyched… he was psyched..

We got to the visitor’s center, practically quivering with… antici….. pation… took a selfie: 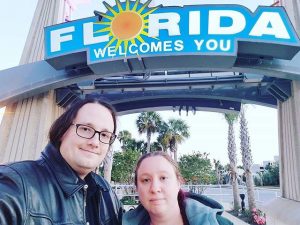 Walked inside the Visitor’s Center… and SAW THIS: 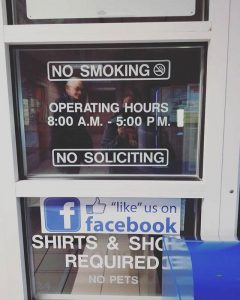 WE MISSED THE ORANGE JUICE BY 10 MINUTES…

What do you mean there’s no orange juice? All my hope and dreams for freshly squeezed orange juice… they were all in vain…

Defeated, we walked out, the sun was setting, and I took this nifty picture: 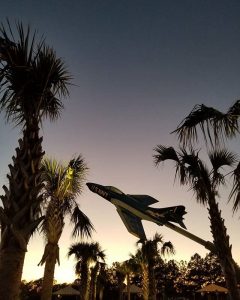 And sulked back to the car, and drove onwards to our hotel for the night, listening to a CD that we’ve both heard a trillion times, though really that’s my fault, I forgot to burn some new mixed CDs for this road trip.

Now here we are… in Milton, Florida, the temperature is 43 degrees.

Our hotel room is our wedding date: 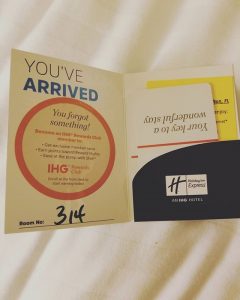 [Our wedding anniversary is 3.1415… I married a math teacher, he wanted to get married on super pi day… though actually we met on NYE in 2010 turning into 2011, so this trip is sort of an anniversary trip honoring that too] 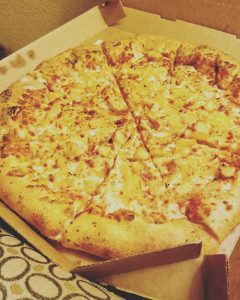 Now is the time to catch up on sleep.

Tomorrow we’re off to Orlando… though not to Disney, we’re staying an hour outside of Disney, just so we have no issues getting to Pop Century on New Year’s Eve extremely early and hopping on a bus and darting off to Animal Kingdom.