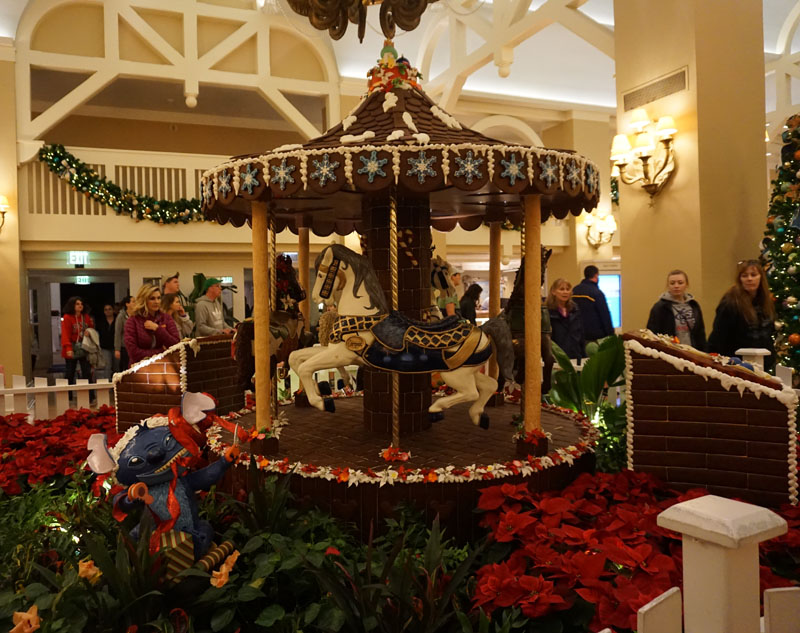 I’m from NJ, and we have the shore in NJ, and the shore has all sorts of beaches and ice cream places… so sure enough Beaches and Cream is at the Boardwalk, right?

So we hopped on the bus to Boardwalk, and I was totally convinced Beaches & Cream was there, in my NJ-addled brains, it made perfect sense to me.

The Christmas tree at the Boardwalk was very pretty: 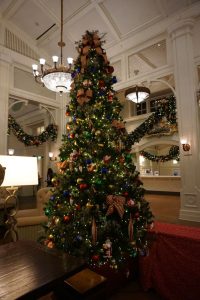 And I liked the Gingerbread Boardwalk too: 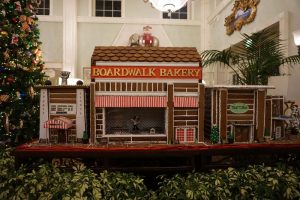 We walked outside and I really liked how the resort was really reminiscent of the Wildwood shore. 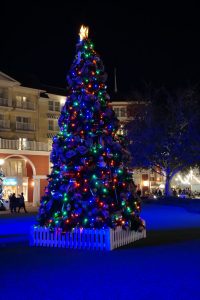 There was even a Margarita place right on the Boardwalk like if I was at Seaside Heights or something.

But I didn’t see Beaches or Cream anywhere.

From Boardwalk, however, the party at Epcot was SOOOOO loud that we could hear all the music from right outside the resort. It sounded like a good time, but also like a crowded time.

I saw a cast member selling ears and I tried to get the light-up New Year’s Ears, but she didn’t have them, and said they were in the parks, but I didn’t see anyone selling them in AK either. I asked her where Beaches & Cream was and she told me it was at The Beach Club… uh duh, I should’ve figured that out… I mean Beaches & Cream… Yacht & Beach Club resort? BRAIN YOU FAILED ME!

So we had to walk all the way over here: 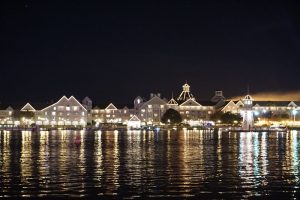 We eventually walked to The Beach Club, but we couldn’t find Beaches & Cream, even with a map. We were wandering all over, around Stormalong Bay, in the resort [loved the Gingerbread Carousel!], we even used google maps, they all failed us, eventually we found it about an hour later, after J re-observed the map. 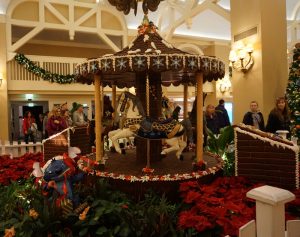 At Beaches & Cream, we experienced a tiny bit of Disney Magic… they had a cancellation and were able to seat us about an hour earlier than our reservation was for, which was amazing because we were exhausted.

I have a life-threatening allergy. I’m allergic to tree-nuts. I’m fine with peanuts and coconuts, but almonds and walnuts, if I ingest them will murder me. I had noted this allergy in all my meal reservations. As an adult, I know what I can eat, so it’s not as big of a deal to me, I can order off of a regular menu if I want and I know exactly what I need to avoid and what’s okay.

Beaches & Cream is the only place of all of our ADRS that actually noted I had an allergy and even gave me an allergy free menu. All of other ADRs, even though it was noted in the reservation, completely disregarded the fact I had an allergy, didn’t bring it up, offer me an allergy free menu or anything. Like I said, as an adult, it’s not a big deal to me, but to a family with children with severe allergies, I don’t, think it would be very cool, if their child’s allergy was just ignored.

Anyhow Justin LOVED Beaches & Cream, he says when we come back [and I love that he says “when we come back”], that and BoG are the only two dining experiences that he wishes to do again. To this day, he talks about how amazing the patty melt he had was amazing and even better than Whataburger, and well to a Texan, Whataburger is a scared thing, to say something is better than Whataburger, you can imagine it must have been amazing. 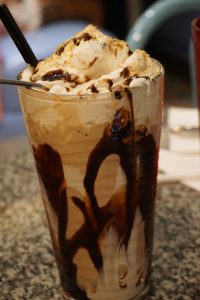 Justin started his meal off with an adult S’Mores milkshake that he said was so delicious that he didn’t even taste any booze within it.

I had a sprite with cherry, basically a Shirley Temple, yes I am an adult! 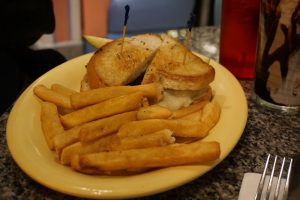 This was Justin’s amazing patty melt. 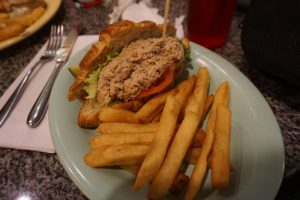 I had a tuna sandwich, which was good, I had been craving tuna for awhile.

Their fries were amazing. I normally don’t really like french fries [yes I am a freak], but these tasted amazing, and were probably some of the best french fries I’ve had in awhile. 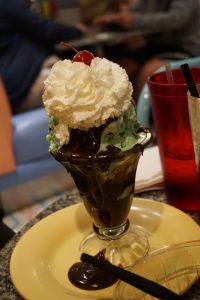 Justin had a sundae with mint chocolate chip ice cream and hot fudge for desert. 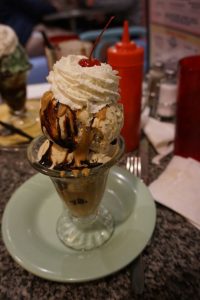 I had cookies and cream ice cream with fudge and peanut butter.

After we ate, we were exhausted, and we really didn’t want to be to near the parks at midnight, anyways.

We walked to the bus area and decided we’d hop on the first bus we saw to any park and catch a bus back to Pop from there.

The first bus was a MK bus, so we took that to the park, and then went to Pop. The bus back to Pop was really crowded. We had to stand and there were huge crowds of people.

First we went to the main building, where there was another pretty tree: 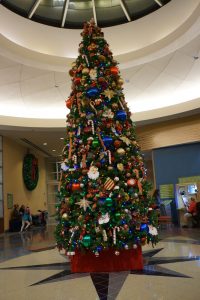 I got my magic band replaced by a very nice cast-member and she also gave us Happy Anniversary buttons since it was our 7th anniversary.

It was finally time to check out our room. 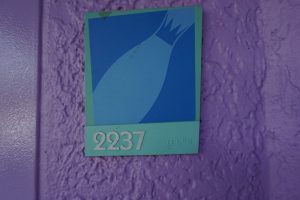 Like I mentioned, we had an original room, not a refurbished one, in the 50s section 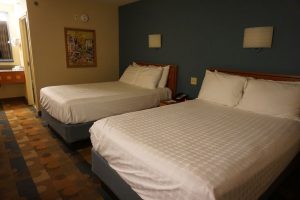 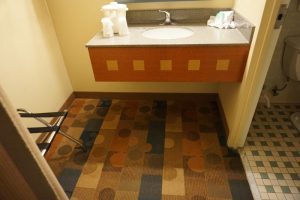 A sink is a sink. 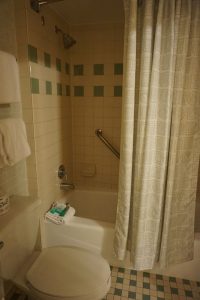 The shower took awhile to get hot, but other than that, it wasn’t too bad. 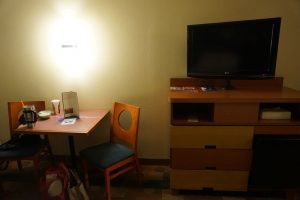 There was a table and TV. 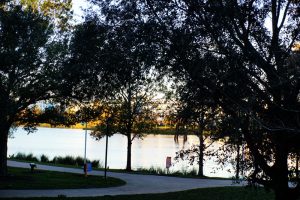 We had a nice view outside of our room.

As soon as we got into the room, it was probably around ten pm, I changed into my pajamas, and I fell asleep almost right away. The last thing I remember was telling J to stop texting so loudly because I was trying to sleep.

I completely slept through the Ball drop and everything…. 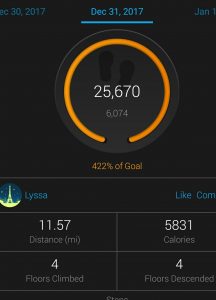 [AND SO ENDS DAY ONE, day two will be next!]