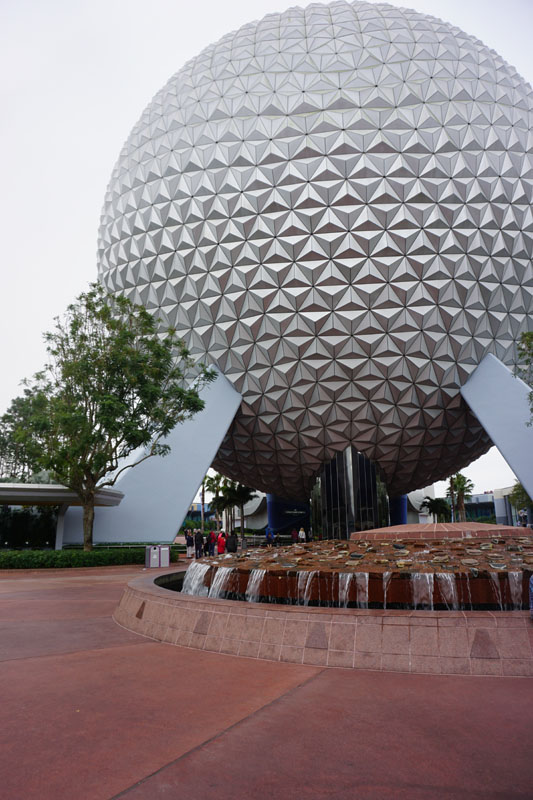 [a trip from January 2018, just reposting it here, so all our trip reports are in one place!]

[I also realize these are probably posted sort of weird… sort of short, that’s because they were originally posted on a Disney Trip Report website, and there was a 20 photo limit, so my entries could only be 20 pictures long, sorry!]

Today was Epcot day. Epcot is my favorite park in all of the world.

I have a lot of really happy memories of going there with my nana and my late papa. They loved walking around the world showcase. My nana especially loved Mexico. During World War II, when the Nazi’s started rounding up Jews, my nana was living in Russia. She was sent to the US on a boat to try to escape the war, but the US had already capped their Russian quota, so my nana wound up growing up in Mexico. It was during the Korean War, when my papa, who was medic for the army, was stationed in Mexico, my nana was also a doctor in Mexico, and she met my papa at a hospital, and they got married almost immediately.

Every year my nana and late papa would take me to Disney World up until I was about 12. Since my nana had grown up in Mexico, being in the world showcase reminded her of home, a bit, so she just really loved it there.

So I was SUPER SUPER EXCITED to go to Mexico and relive happy memories of my grandparents. Out of all the parks, I would say Epcot has the most memories for me.

Anyhow, Justin and I got up, checked the temperature, and saw it was going to be pretty cold and rainy. No complaints from me. I was hoping the weather would keep people away from the parks all week, and I would definitely say that for the most part it did.

We bundled up and stopped over at the Food Court to get some breakfast before going to the park.

I don’t eat bacon. It isn’t a kosher thing. My parents were never kosher though my nana and papa were. My nana especially. She had a separate set of plates for dairy and for meat. She never has ever mixed dairy and meat in her entire life. But my parents love bacon. I just don’t like it, maybe I’m weird, but to me it’s a texture and grease thing.

Anyhow, the breakfast sandwiches at Pop all had bacon in it, but the people working there were kind enough to make me a custom sandwich that was just egg and cheese. 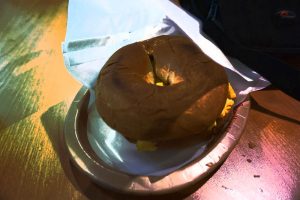 The bus basically pulled up as we left the Everything Pop store.

Eventually we arrived at Epcot. 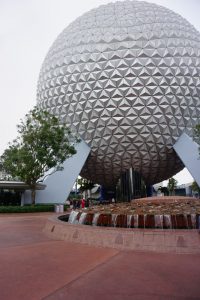 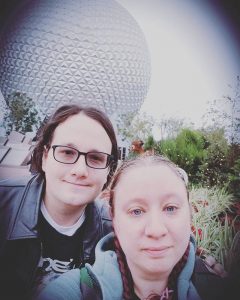 [That big and beautiful golf ball] 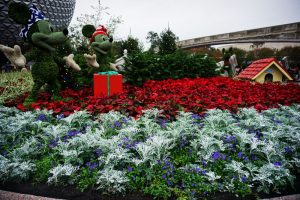 [The Christmas greenery was very cute] 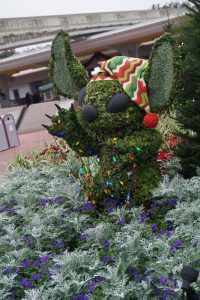 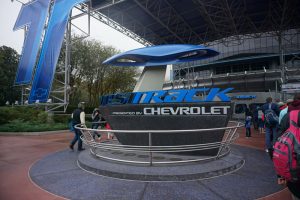 So sure enough we walked over to Test Track, the single rider line only had about a ten minute wait, and we went inside and were playing around with the things that let you design your own car, when a family comes down from where the ride was and told us TT was closed due to weather.

We had no idea when TT was going to reopen and we didn’t really feel like wasting time just sitting there in the boring queue, so we decided to high-tail it to Soarin’. 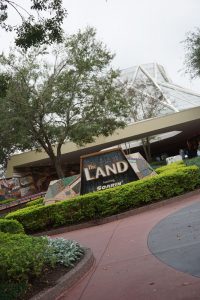 Apparently every else had the same idea because Justin said there was quite a mob behind us of people heading towards The Land as we were, but still, we beat the mob and headed onwards to Soarin’.

Needless to say, however, we never actually got to ride TT while we were there. It eventually did reopen, but the wait was horrendous every time I looked at it, and we even thought about park-hopping back to Epcot just to ride it throughout the trip, but same thing, that rides wait is insane, and it wasn’t worth our time to wait about 80 minutes or more for probably a five minute ride.

Anyhow, Justin and I had ridden the original Soarin’ at Disneyland back in 2015, which I’m glad we did since they changed it shortly afterwards. I’m not sure what I think about Soarin’ Around the World.

Justin likes the new one because of the variety of locations, but he did miss flying over Yosemite National Park.

I think I liked the old one better too because it holds memories for us. When we went to Disneyland, it was during our huge road trip from Texas to California, with a lot National Parks and things along the way, so a lot of the places in Soarin’ Over California were places we had driven to and seen, so I guess Soarin’ Over California holds more personal meanings for me. But the new Soarin’ wasn’t bad, I just think I prefer the old one.

After Soarin, The Land was right there, and The Land had no wait, so we figured we would ride that next.

Chapter Ten: This is the best selfie lighting!

This post is really just a lot of Living with The Land Spam. 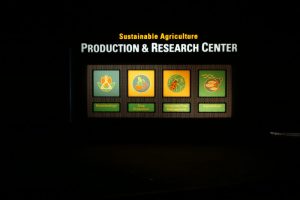 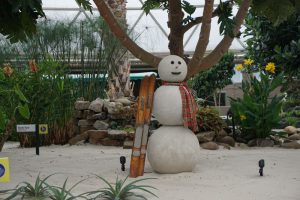 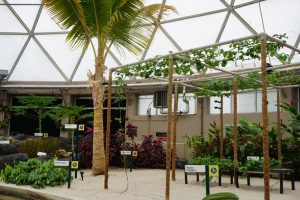 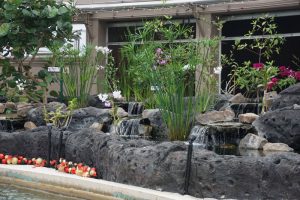 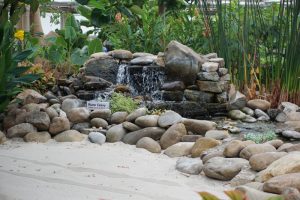 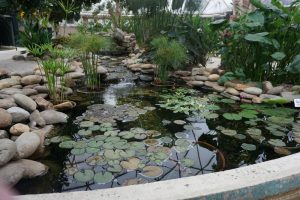 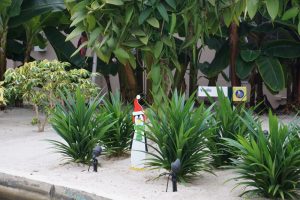 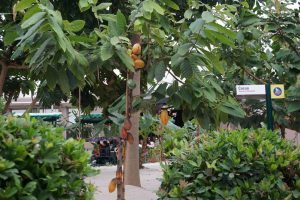 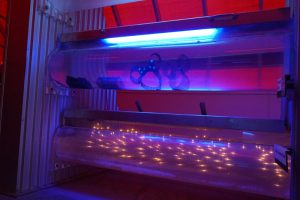 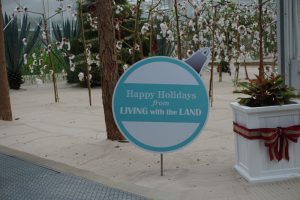 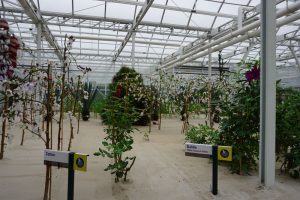 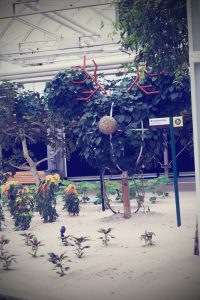 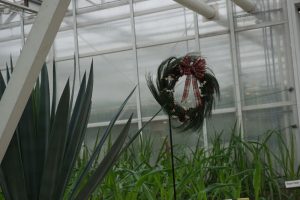 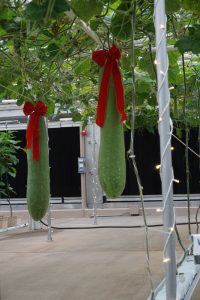 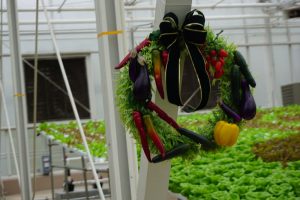 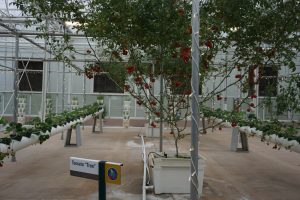 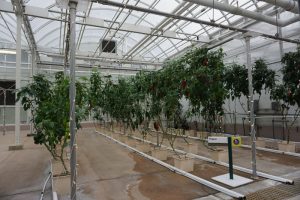 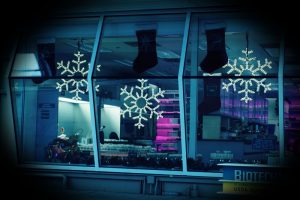 I liked all the cute little touches like the Christmas stockings from the cast members and such.

I liked Living with the Land. I don’t remember it at all, so I don’t even know if I rode it when I was younger. It was cool to see all the different things that Disney was growing, and I loved all the little holiday touches throughout the ride.

Justin found it interesting because it was “education turned into a ride.” He also liked the fact there was no wait and he could sit on his butt for awhile. But overall, it wasn’t his sort of ride.

[Spoiler alert: Justin stated Epcot was his least favorite park out of all of them. Lame.]

After Living Through The Land, we had a fast pass to catch [and no it wasn’t Frozen].