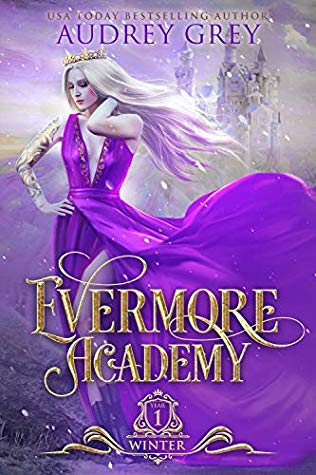 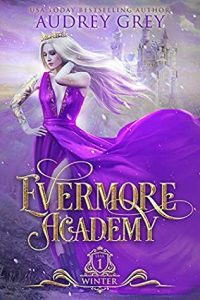 Man I need a better five star option for books, but it’s really rare that I actually find a book that I’m willing to rate five stars.

This book already had two strikes against it.

One, it’s an academy book. There are SO MANY AWFUL ACADEMY BOOKS. The OG Academy Book, Harry Potter was fine, but ever since then so many authors try to copy the supernatural academy drama, and most fail horribly. I still think about how bad PC Cast’s House of Night is, and still ponder what drugs I was on that made me consider even reading that series. Shadow Falls by CC Hunter is pretty decent. But overall, most academy books suck. Also the Vampire Academy  by Richelle Mead, is an exception to the rule. But for the most part, they read like bad fanfiction complete with grammatical errors and Mary Sues. Then they stick a bunch of supernatural creatures in a school, who have no personalities at all, but have a lot of sex and fight evil, and for some reason those books are best sellers.

This premise of this one sounded interested though. I’ve always loved books set in the seelie/unseelie/fae worlds. I’m pretty sure my fae obsession started with Jim Butcher’s Summer Knight. It had basically only good ratings, so hey, worst case scenario, I just wouldn’t finish it.

Evermore Academy is the first in what will be a series of four books, each book represents a season. In the fae world though, a season is a year, so this book roughly represents 4 years. It’s about a girl named Summer, who winds up at the fairy version of Hogwarts, which is called Evermore Academy. She’s to become a human shadow for a fae of either the seelie or unseelie court and protect them with her life.

The main character Summer pretty much kicks ass. She doesn’t really take shit from people, which is nice to read for a change. The world building is awesome. I legit want to go to Evermore Academy. The characters are awesome from a crazy pixie to a manipulative princess to a shapeshifter prince.

I don’t want to give much away about this story. I gave it five stars, and I really enjoyed it. But I still had some issues with it. For example, you can tell the author borrowed some things from other popular supernatural fiction novels. It didn’t bother me. I feel like the author did enough of her own take of it that it isn’t a complete copy of other novels. I will also say the end of the book and the big reveal was fairly predictable. I think I figured it out by the middle of the book. But considering there will be three more novels in this series, I think the first novel did a great job in prepping us for future novels. I’m very eager to see what direction this series will go in book 2. I know there’s a lot more there, and I think it was set up very well in this first story.

If you like fae and you liked Harry Potter or Vampire Academy, you’ll most likely like this series. If you are fairy obsessed with fairies [see what I did there?], I think you’ll like it too.

I’m already eager for book 2, Luckily it comes out in January.

Trigger Warnings: Sex and adult language, that’s pretty much it.